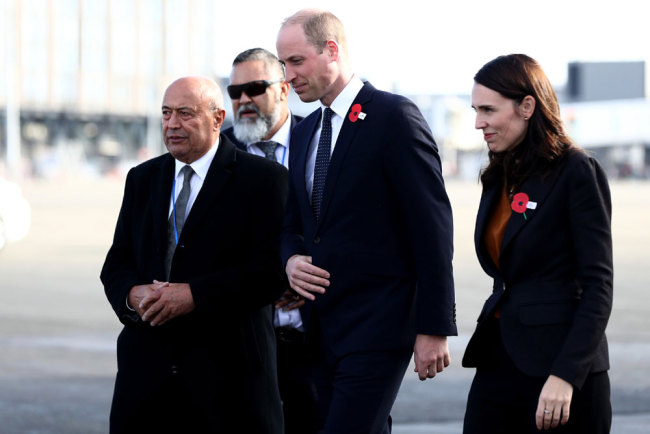 Both the Anzac Day services in Auckland and Christchurch were heavily guarded after the Christchurch terrorist attack that killed 50 people on March 15.

On behalf of the Queen, the Duke of Cambridge placed a wreath on the war memorial cenotaph in the Auckland Domain.

He traveled to Christchurch after the services with New Zealand Prime Minister Jacinda Ardern to show the royal family support following the mosque shootings.