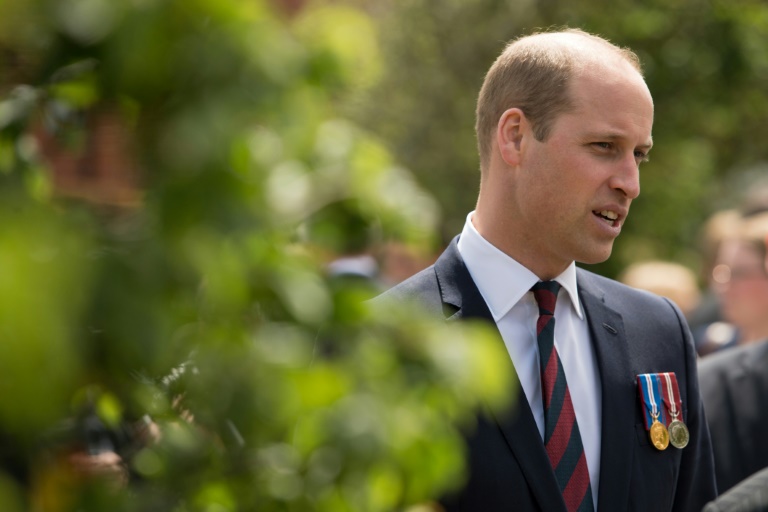 Britain's Prince William, Duke of Cambridge and second in line to the throne, will be the first member of the royal family to pay an official visit to both Israel and the Palestinian territories (Photo: AFP)

Prince William will next week become the first member of Britain's royal family ever to pay an official visit to both Israel and the Palestinian territories.

Britain governed the region under a League of Nations mandate for almost three decades until Israel's independence 70 years ago, and is still blamed by both sides for sowing the seeds of a conflict that continues to wrack the region.

Second in line to the British throne, the 36-year-old will arrive Monday without his wife Kate, who in April gave birth to their third child, Prince Louis.

William's visit comes at a particularly sensitive time after US President Donald Trump recognised Jerusalem as capital of Israel and moved Washington's embassy there, sparking Arab outrage and deadly clashes on Israel's border with Gaza.

"We asked many times for a visit of Prince Charles or the Queen and we were refused," he told AFP.

"I assume that it's not the queen or the prince, it's the Foreign Office... I don't know why they changed their mind, maybe it's time."

Official visits by British royals take place at the request of the government, but statements from the prince's household have given little explanation for the timing of next week's trip.

Kensington Palace has underlined the "non-political nature of His Royal Highness's role -- in common with all royal visits overseas".

But west of the Jordan River, everything is political.

The official schedule's reference to east Jerusalem as "in the Occupied Palestinian Territories" has sparked particular anger among some right-wing Israeli politicians.

"No distortion in the briefing document for this or that tour will change reality," said the minister, who is running for mayor of Jerusalem.

Israel defines the entire city as its "eternal and indivisible" capital, while the Palestinians see east Jerusalem as the capital of their future state.

Israel seized the West Bank and Arab east Jerusalem from Jordan in the 1967 Six Day war.

It later annexed east Jerusalem in a move never recognised by the international community and condemned as "a violation of international law" in a 1980 UN Security Council resolution.

"Jerusalem has been the capital of the Jewish people since the time of King David," it wrote. "It deserves more than a royal snub by the Duke of Cambridge."

The Post did however describe the visit as "a welcome, and long overdue, gesture after 70 years of Israeli independence."

Other members of William's family have made unofficial visits to Israel and east Jerusalem in the past.

His father, Prince Charles, attended the 1995 funeral of assassinated Israeli premier Yitzhak Rabin and that of former president Shimon Peres in 2016.

In 1994 the Duke of Edinburgh, William's grandfather, attended a ceremony at the Yad Vashem Holocaust memorial in honour of his own mother, Princess Alice of Greece, who sheltered Jews from the Nazis during World War II.

Charles and his father have both visited the tomb of the princess on the Mount of Olives in east Jerusalem.

William will do the same.

He arrives on Sunday in Amman, where he will stay at King Abdullah's private residence, although he is not expected to meet the monarch.

Hussein, like his father and Prince William, is a graduate of Britain's Sandhurst military academy. He has a British-born mother.

On Monday he will fly to Israel and stay at Jerusalem's King David hotel, which was Britain's administrative headquarters during its rule of Palestine prior to Israeli statehood in 1948.

In 1946 militant Jews waging violent resistance against British rule bombed the building, killing and wounding scores of people, many of them British civil servants or military personnel.

On Tuesday, June 26, William will visit Yad Vashem and lay a wreath.

He will then have talks with Netanyahu and meet President Reuven Rivlin.

The following day he will call on Palestinian president Mahmud Abbas in the occupied West Bank city of Ramallah and meet Palestinian refugees and young people.

On the final day of his visit, Thursday June 28, he will visit Jerusalem's Mount of Olives.