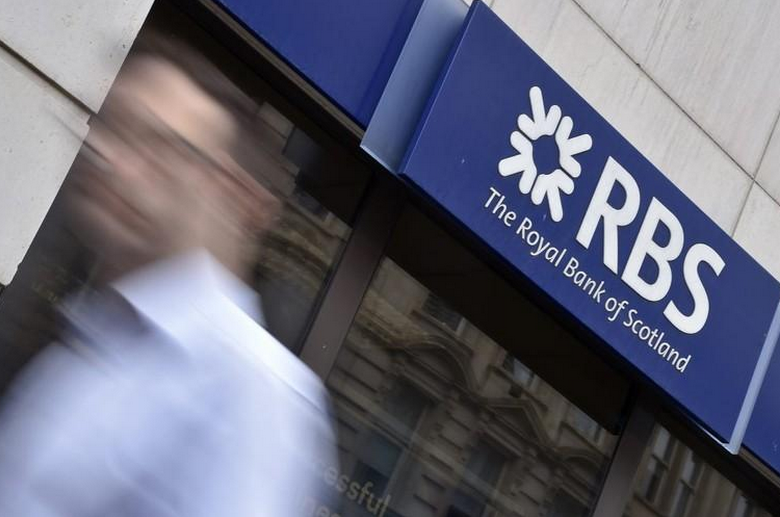 A man walks past a branch of The Royal Bank of Scotland (RBS) in central London August 27, 2014

The British government’s Royal Bank of Scotland sale looks priced for a messy Brexit. Chancellor Philip Hammond intends to raise 15 billion pounds to meet fiscal targets by selling the state’s holding in the UK lender. He could achieve that even if RBS shares tumble 30 percent, Breakingviews calculates.

Hammond’s plan to privatise RBS reflects an awkward balancing act. The minister known as “Spreadsheet Phil” has promised to bring Britain’s national debt, currently 86 percent of GDP, under control. But he also needs to win back voters who deserted the Conservative government in this year’s election, through policies such as subsidising housing purchases for first-time buyers. Pencilling in 15 billion pounds of proceeds from RBS means net debt is projected to start falling in the fiscal year to March 2019, according to the Office for Budget Responsibility.

The government is unlikely to ever fully recover the 46 billion pounds it pumped into RBS during the 2008 financial crisis. Even though the shares are up 21 percent so far this year, the state’s 70 percent shareholding is worth about 23 billion pounds. However, Hammond is unlikely to face accusations of selling too cheaply. RBS is trading at just below its tangible book value, even though it is expected to deliver a return on equity of around 6 percent next year – below the bank’s likely cost of capital.

Moreover, Hammond has given himself some wiggle room. To raise 15 billion pounds, the government would need to sell its 8.4 billion RBS shares for at least 178 pence each. Assume an average discount to the prevailing market price of 5 percent, and the shares could fall as low as 187 pence – more than 30 percent below the current price – without derailing the government’s debt-reduction plans. RBS shares have only once traded below that level in recent years – in the immediate aftermath of the Brexit referendum in 2016. Even then, they quickly bounced back.

The Brexit vote forced the UK government to shelve its last attempt to privatise RBS. A chaotic departure from the European Union in March 2019 could once again upset its plans. Given the wobbly outlook, it makes sense to factor in a safety margin.