Britain seeks extradition of US diplomat's wife over teen's death 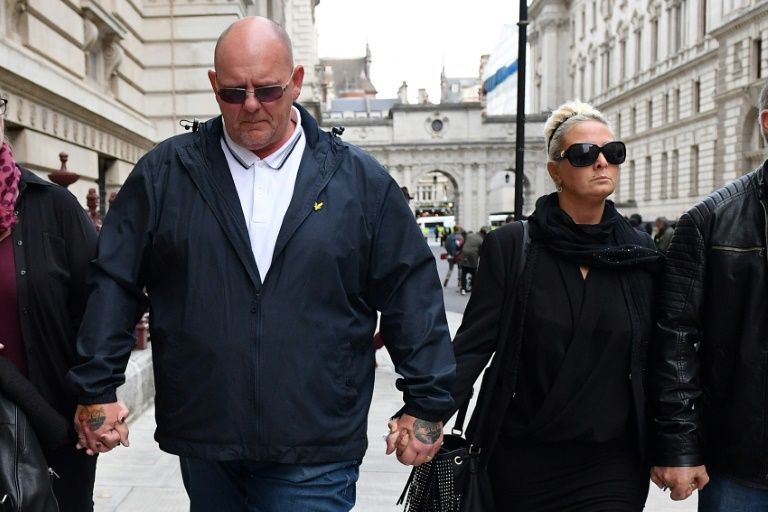 Charlotte Charles (R) and Tim Dunn are the parents of teenage motorcyclist Harry Dunn, killed when struck in August 2019 by a car driven by Anne Sacoolas, the wife of a US diplomat. (File photo: AFP)

The British government announced Friday that it has formally requested the extradition of the wife of a US diplomat who left the country after being involved in a car accident that killed a teenager.

The US State Department responded by saying such an extradition would be "an abuse" because the woman had diplomatic immunity.

"Following the Crown Prosecution Service's charging decision, the Home Office has sent an extradition request to the United States for Anne Sacoolas on charges of causing death by dangerous driving," a Home Office spokesman said.

"This is now a decision for the US authorities."

The case of Anna Sacoolas, 42, has been a thorn in London's close relations with Washington, stirring up debates over the limits of diplomatic immunity in cases unrelated to national security.

It has been a political headache for British Prime Minister Boris Johnson, who is cultivating trade relations with Washington in a bid to offset the potential damage of Britain's withdrawal from the EU.

Briton Harry Dunn, 19, died on August 27 when his motorbike collided with a car driving on the wrong side of the road near an airbase in Northamptonshire, central England, which is used by the US military as a communications hub.

Sacoolas admitted in October to being the driver, but has cited immunity while refusing to return to Britain to face justice, as Dunn's parents demand.

Last month the US State Department said it was "disappointed" that Britain had charged Sacoolas, asserting that in Washington's view she does enjoy diplomatic immunity in the case.

In a statement Friday the department said that at the time of the accident and for all of her stay in Britain, Sacoolas had diplomatic immunity.

"It is the position of the United States government that a request to extradite an individual under these circumstances would be an abuse," the department said.

"The use of an extradition treaty to attempt to return the spouse of a former diplomat by force would establish an extraordinarily troubling precedent," it said, adding that US remains "engaged with the UK government to look at options for moving forward."

Dunn family spokesman Radd Seiger said the extradition request was a "monumentally large step in the right direction" and that the grieving parents were "happy" and "relieved" at the development.

He added that was "100 percent" sure that Sacoolas would return to Britain.

US President Donald Trump has called the crash a "terrible accident," saying it was common for Americans in Britain to have a hard time driving on the left side of the road.