LONDON, Sept.6 (Xinhua) -- Britain criticized US policy in the Middle East and announced that it was increasing its share of funding to a UN relief agency that helps Palestinians, The Times newspaper reported Wednesday. 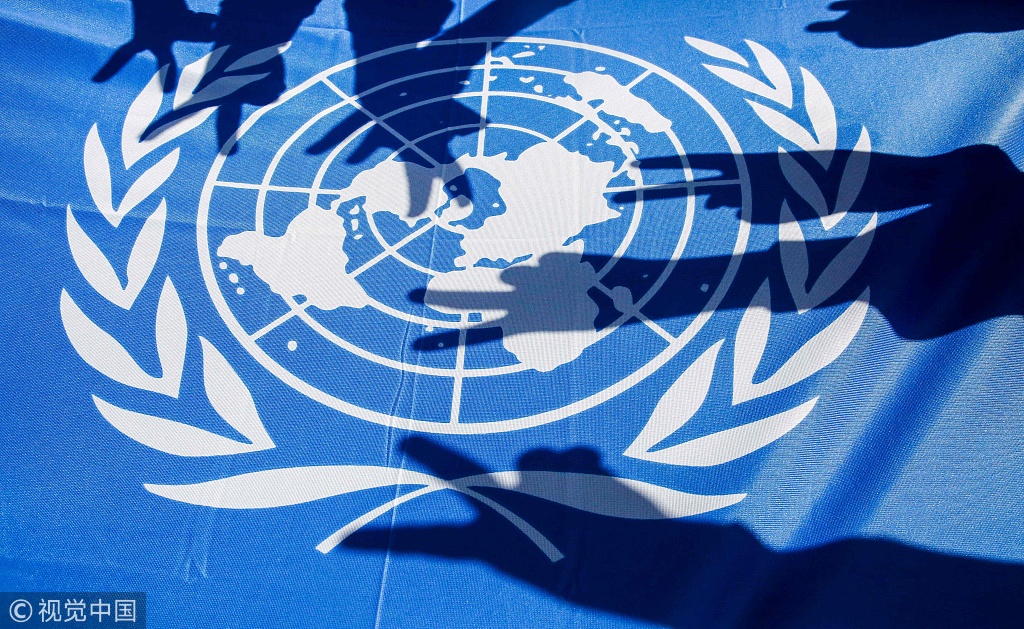 Palestinian school children raise the victory gesture over a UN flag during a protest at a United Nations Relief and Works Agency (UNRWA) school, financed by US aid, in the Arroub refugee camp near Hebron in the occupied West Bank on September 5, 2018. (Photo: VCG)

Alistair Burt, British minister for the Middle East, told members of the British parliament that the British government did not believe that the US decision to scrap funding to the UN Relief and Works Agency for Palestine Refugees in the Near East, which helps Palestinians, was correct.

Last week the US government, which contributed about a quarter of the UN agency's budget 900 million pounds ($1,161 million) last year, said that it would stop its contributions.

Burt said that the UK would raise funding by 7 million pounds ($9.03 million).

British sources hinted that a further rise in contributions was likely, according to the major newspaper. The additional funding is to ensure that the UN agency can maintain services such as healthcare and schools in the immediate future, as well as encouraging other countries to increase their budget.