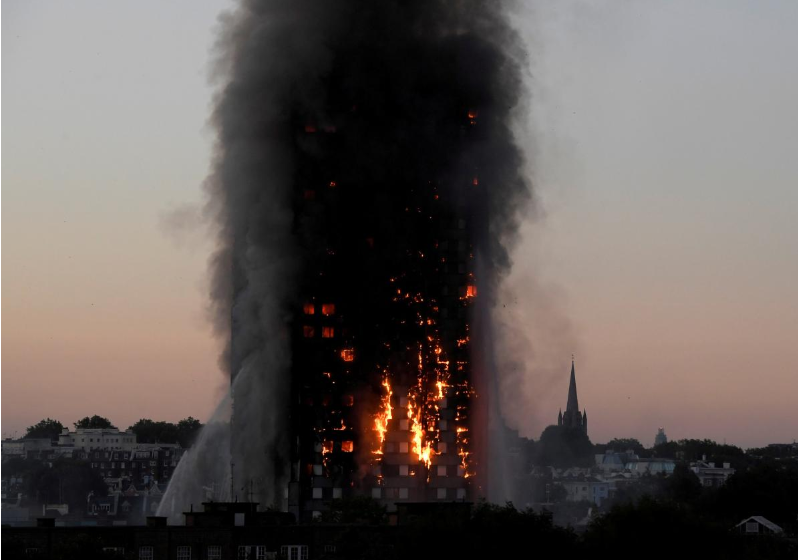 Flames and smoke billow as firefighters deal with a fire in the Grenfell Tower apartment block in West London, Britain, June 14, 2017 (Photo: Reuters)

Britain plans to ban the use of combustible materials on the outside of high-rise buildings in response to the Grenfell Tower fire that killed 71 people, the housing minister said on Monday.

Grenfell Tower, a 24-storey London social housing block, was engulfed in flames after fire broke out in the middle of the night in June last year. Officials have said aluminum cladding with a plastic core contributed to the rapid spread of the blaze.

“I have listened carefully to concerns and I intend to ban the use of combustible materials on the external walls of high-rise residential buildings, subject to consultation,” minister James Brokenshire said in a statement.

“The cladding believed to have been used on Grenfell Tower was unlawful under existing building regulations. It should not have been used. But I believe that the changes on which we are consulting will offer even greater certainty to concerned residents and to the construction industry.”

The Grenfell Tower fire, Britain’s deadliest on domestic premises since World War Two, is the subject of both an inquiry and a separate police investigation which could result in criminal charges.