Britain and the US will hold memorial services on Friday to remember the 270 people killed when a US airliner exploded over the Scottish town of Lockerbie 30 years ago, in Britain's worst ever attack. 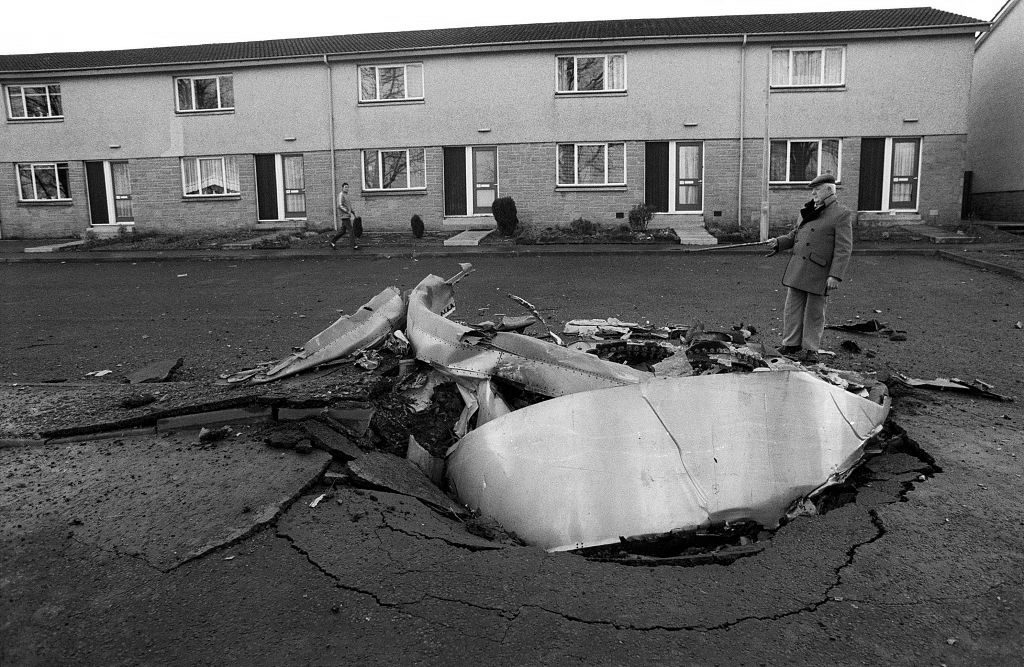 In this file photo taken on December 22, 1988, local resident Robert Love stands by one of the four engines of the US-bound Pam Am Boeing 747 which was blown up over Lockerbie, Scotland, on December 21, 1988. (Photo: VCG)

Wreaths were laid in the town's memorial garden and a message from Queen Elizabeth II was read out.

"I send my prayers and good wishes to all those who will be marking this solemn anniversary," the message said.

Of the victims, 35 were from Syracuse University in New York State, where a memorial will be held later Friday.

Other US services will be held at Arlington National Cemetery and FBI headquarters.

The plane exploded after a bomb stored in a suitcase in the hold was detonated.

Only one person has ever been convicted over the bombing -- Libyan Abdelbaset Ali Mohmet al-Megrahi, who died in 2012 still protesting his innocence.

His lawyer Aamer Anwar issued a statement on Thursday claiming there had been a miscarriage of justice, saying the "finger of blame has long been pointed in the direction of Iran" for ordering the attack.

"It has not been easy, nor have we been able to achieve the closure we would have wanted, even after 30 years," he said.

"However, throughout, the people in Lockerbie have retained their dignity and stoicism, and offered friendship and support to those who lost loved ones."

Libya admitted responsibility for the bombing in 2003 and the regime of slain dictator Moamer Kadhafi eventually paid $2.7 billion in compensation to victims' families as part of a raft of measures aimed at a rapprochement with the West.

Since the fall of Kadhafi in 2011, British and US detectives have travelled to Libya to investigate whether other perpetrators could be identified.

A Scottish commission responsible for investigating miscarriages of justice said earlier this year that it would review Megrahi's conviction.

He abandoned his appeal in 2009 when he was released from a Scottish prison on compassionate grounds following a diagnosis of terminal prostate cancer, but his family asked for the case to be reviewed.