Britain late Wednesday warned its citizens away from Kabul's airport, where huge crowds have gathered hoping to board evacuation flights after the Taliban takeover of Afghanistan. 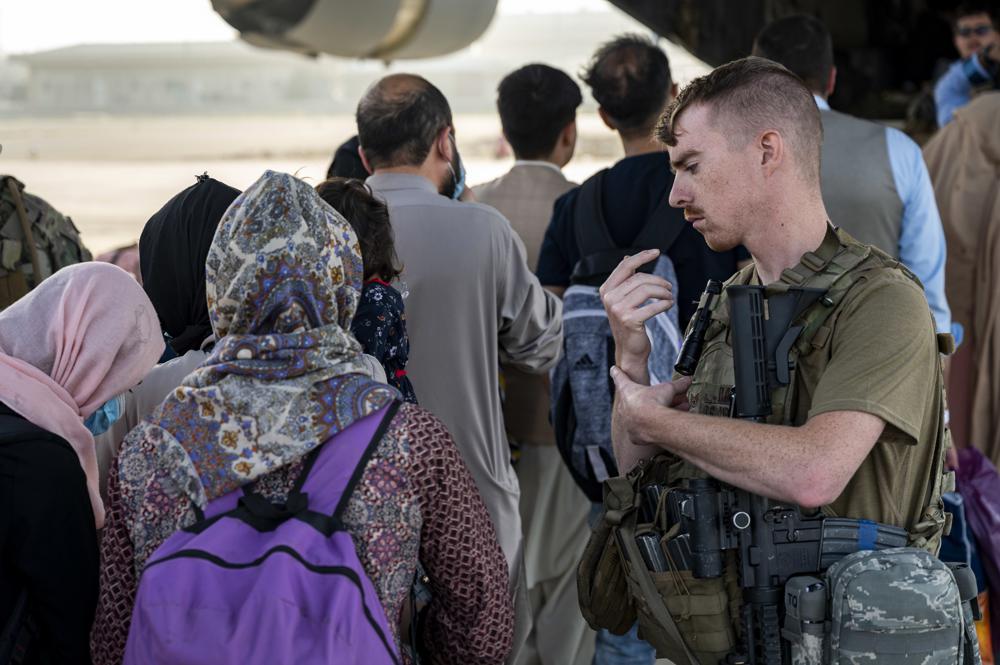 Washington and its allies have been flying out thousands of Afghans every day on hulking military transports, but it has become an increasingly difficult and desperate task.

"Do not travel to Kabul Hamid Karzai International Airport," the Foreign and Commonwealth Office wrote in an update to travel advice posted to its website. "There is an ongoing and high threat of terrorist attack."

"If you are in the area of the airport, move away to a safe location and await further advice," it urged, adding that "if you can leave Afghanistan safely by other means, you should do so immediately".

Washington said the Taliban had made assurances that Americans, "at-risk" Afghans and people from other nations will be allowed to leave even after Tuesday's deadline for US troops to depart.

"They have a responsibility to hold to that commitment and provide safe passage for anyone who wishes to leave the country," Secretary of State Antony Blinken told reporters.

At least eight people have died in the airport chaos.

Belgium on Wednesday said it had completed its evacuation operation after removing its own citizens as well as others from the Netherlands, Denmark and Luxembourg, and Afghans seeking asylum in those countries.

Many Afghans fear a repeat of the brutal five-year Taliban regime that was toppled in 2001, as well as violent retribution for working with foreign militaries, Western missions and the previous US-backed government.