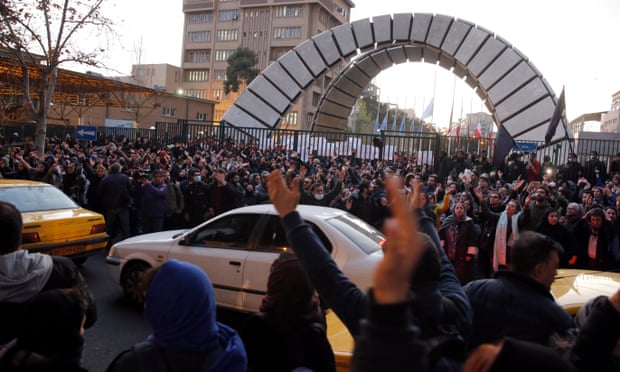 Iranian demonstrators show their sympathy with the plane crash victims outside the Amir Kabir University on Saturday. (Photo: AFP)

Britain’s ambassador to Iran has been arrested during protests outside a university in the capital city Tehran, accroding to the Guardian

Robert Macaire was detained for more than an hour before being released, the Iranian Tasnim news agency reported.

Foreign secretary Dominic Raab said: “The arrest of our ambassador in Tehran without grounds or explanation is a flagrant violation of international law, the Guardian reported.