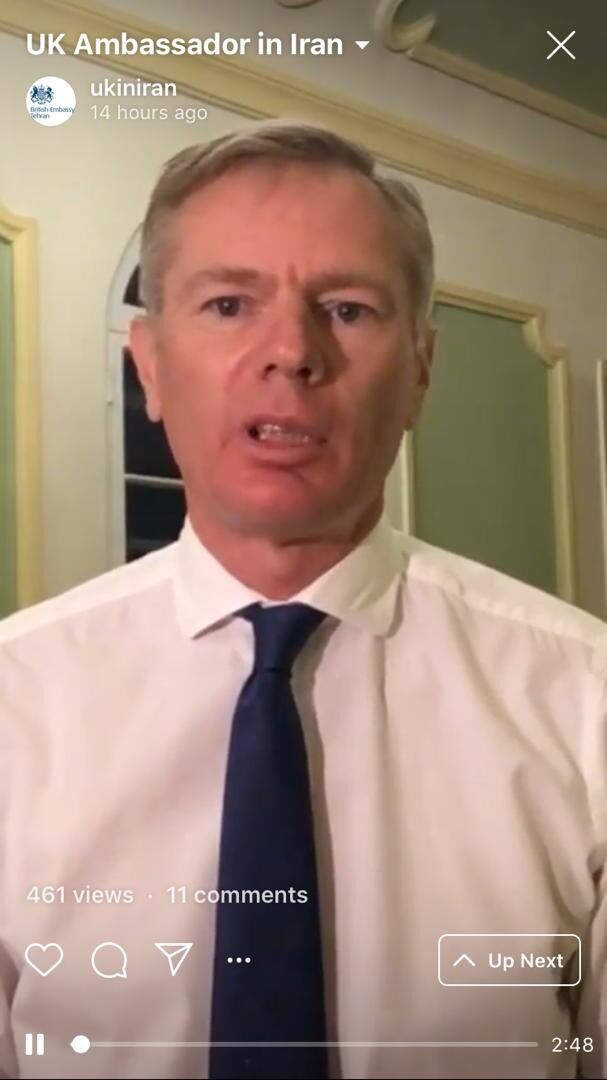 Robert Macaire, the British ambassador to Tehran (Photo from twitter)

"Based on the diplomatic protocols, ambassadors and diplomats can go to their respective countries on leave or for any other purpose by submitting a note" to the country of their mission, said the report.
Accordingly, "the Britain ambassador Robert Macaire has left Iran by earlier notice and in accordance with regulations," IRNA said.
On Tuesday, Iranian Judiciary spokesman Gholamhossein Esmaili said that Britain ambassador to Tehran should be expelled from Iran over the alleged "participation" of the envoy in anti-government protests.
Iranian officials arrested Robert Macaire on Saturday amid an anti-government protests outside of a university in Tehran and detained him for more than an hour. He was eventually released.