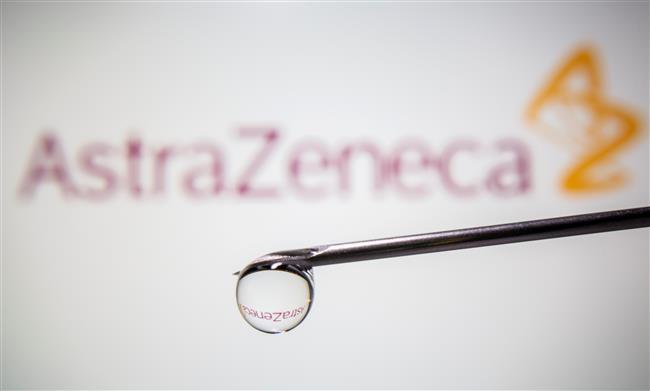 British drugmaker AstraZeneca and the University of Oxford said on Monday they will seek regulatory approval for their coronavirus vaccine after effective trials, in the latest potential boost to curbing the global pandemic.

The partners announced that while the vaccine showed an average 70 percent effectiveness, the level jumped to 90 percent depending on dosage.

Manufacturers Pfizer/BioNTech and Moderna last week said trials of their vaccines showed effectiveness above 90 percent in what was hailed as a breakthrough in stopping the spread of the virus.

“There are still further safety checks ahead but these are fantastic results,” he said.

“AstraZeneca will now immediately prepare regulatory submission of the data to authorities around the world that have a framework in place for conditional or early approval,” he said.

The firm said it would look to develop up to 3 billion doses of the vaccine in 2021 after passing regulatory hurdles.

Pfizer/BioNTech’s vaccine has to be stored at minus 70 degrees Celsius — much colder than temperatures of a standard freezer. That has prompted questions about distribution and storage, as well as higher costs, particularly for lower-income countries.

But the AstraZeneca/Oxford vaccine could be stored, transported and handled “at normal refrigerated conditions” of between 2 and 8 degrees Celsius for at least six months.

The vaccine showed 90 percent efficacy when given as a half-dose followed by a full-dose at least one month apart.

The result was 62 percent as two full doses in the same period.

“We think that by giving a smaller first dose that we’re priming the immune system differently, we’re setting it up better to respond,” Andrew Pollard, chief investigator of the Oxford Vaccine Trial, told an online press conference.

Peter Openshaw, professor of experimental medicine at the Imperial College London, said a combination of half and full doses “is great news, potentially increasing the number of people that can be vaccinated and reducing costs.”

More than 23,000 adults in the UK and Brazil have taken part in the trials, with the number expected to rise to up to 60,000 thanks to testing also in other countries.

Early results suggested there were 131 cases of COVID-19 among the participants but none was serious.

Pollard said the latest findings suggested the drug was “an effective vaccine that will save many lives.

“Excitingly, we’ve found that one of our dosing regimens may be around 90 percent effective and if this dosing regime is used, more people could be vaccinated,” he added.

“Today’s announcement is only possible thanks to the many volunteers in our trial, and the hardworking and talented team of researchers based around the world.”

Gillies O’Bryan-Tear, from the UK Faculty of Pharmaceutical Medicine, said the vaccine had a “great advantage” over Pfizer/BioNTech and Moderna.

“It can be manufactured easily and transported at ordinary fridge temperatures, so can be transported and stored using the existing vaccine cold chain infrastructure,” he said.