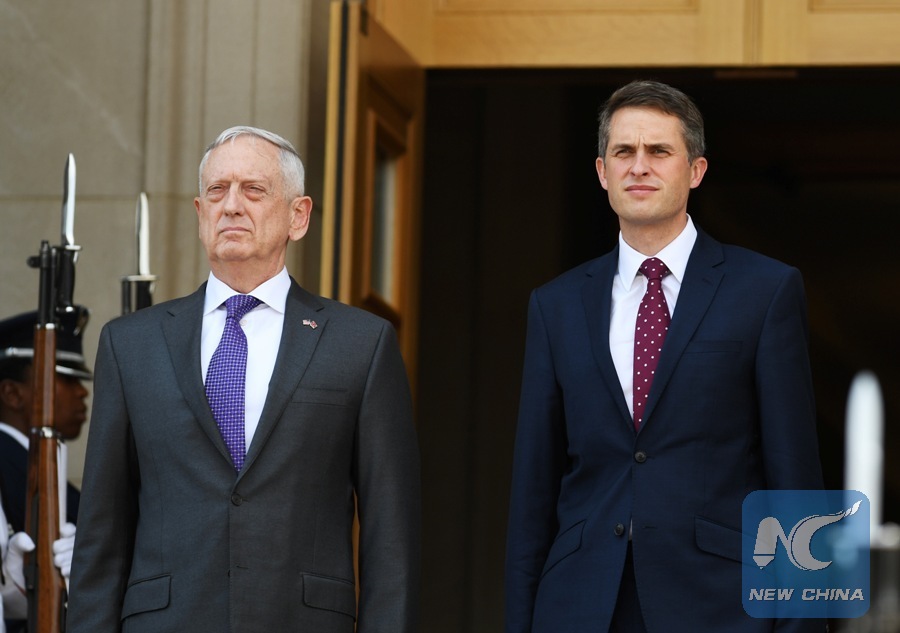 WASHINGTON, Aug. 7 (Xinhua) -- British Defense Secretary Gavin Williamson said here on Tuesday that the current Joint Comprehensive Plan of Action (JCPOA) was the "best possible" and "achievable" deal to address the West's concerns on Iran, in sharp contrast with Trump's abhorrence of the deal.

Speaking at the Atlantic Council, Williamson said "the JCPOA was a deal that we felt was the best possible deal that was achievable."

"None of us has ever pretended it was a perfect deal, but actually it did deliver a number of important measures that I think everyone benefits from," he said.

Williamson's remarks forged a sharp contrast with US President Donald Trump, who on Monday signed an executive order to re-impose sanctions on Iran that had been lifted under the JCPOA, and blasted the deal he had left in May as a "horrible, one-sided" one that had failed to protect US national security.

Trans-Atlantic division has escalated over the Trump administration's threat to impose the so-called secondary sanctions on companies that have business connections with Iran, many of which are from Europe.

Hours before Trump's announcement to re-sanction Iran, the European Union (EU), Britain, France and Germany said in a joint statement they would maintain economic ties with Tehran, and "are determined to protect European economic operators engaged in legitimate business with Iran."

They also noted that "the European Union's updated Blocking Statute enters into force on Aug. 7 to protect EU companies doing legitimate business with Iran from the impact of US extra-territorial sanctions."