WORLD British degrees tend to be focused, intense: President of University of York

British degrees tend to be focused, intense: President of University of York

On the sidelines of the "World University Presidents Symposium & Beijing Forum 2018", which was held from May 4-5 in Peking University, Pro. Koen Lamberts, vice-chancellor and president of the University of York, shared his views on Chinese students, the education systems in both the UK and China, and Brexit's potential impact on the British education system.

Over 250 presidents, vice presidents and distinguished scholars were invited to join the Symposium and Forum to celebrate Peking University's 120th Anniversary.

Click the video for more details of the interview. 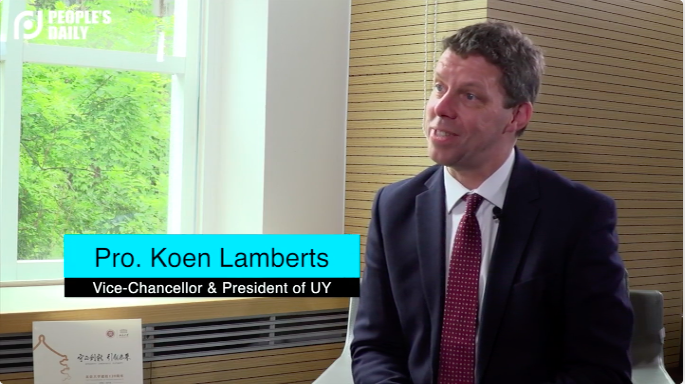