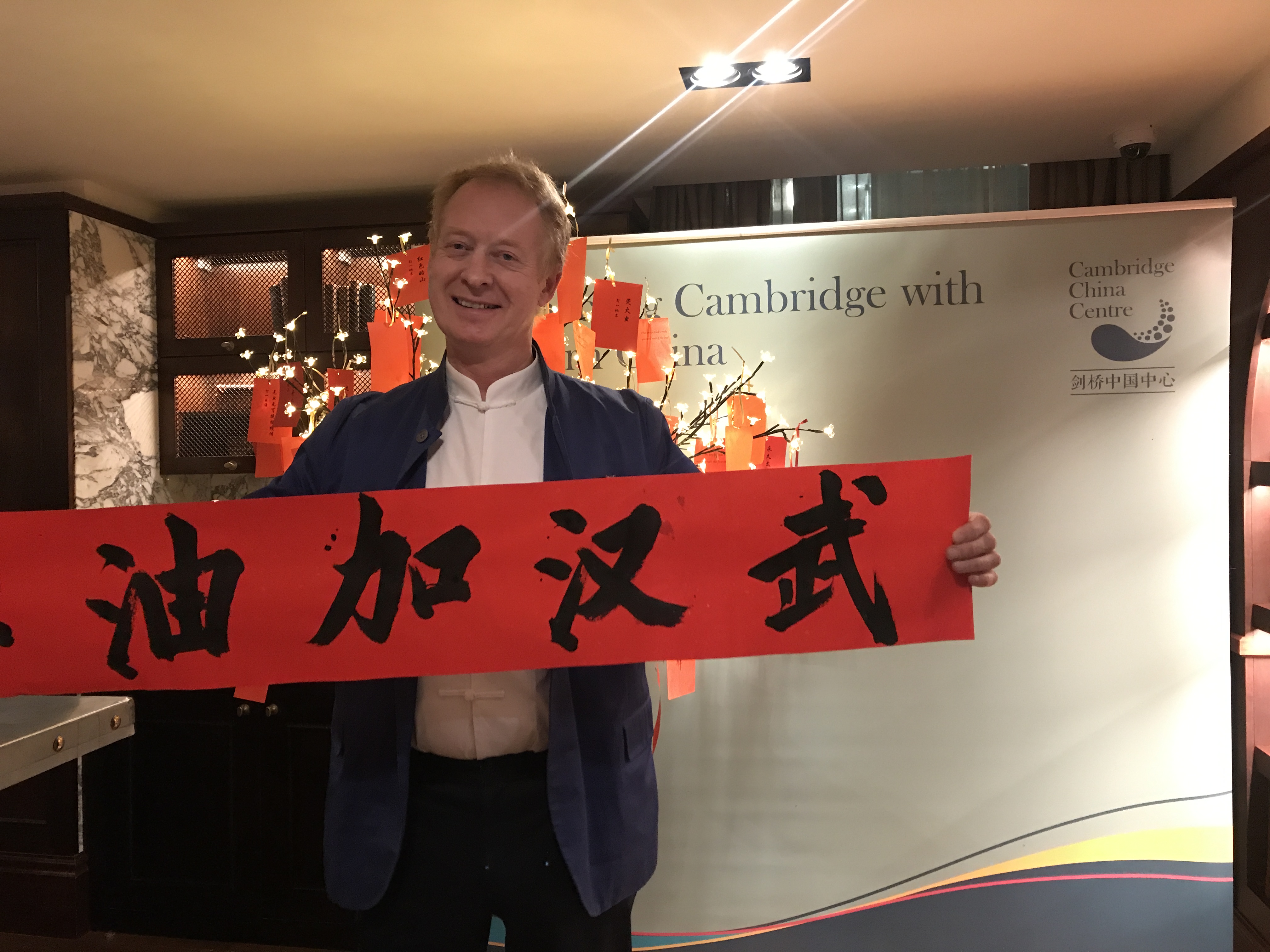 On hearing of the novel coronavirus outbreak in China, British entrepreneur Simon Haworth did not sit by. He immediately messaged friends in Hubei Province, the epicenter of the outbreak, to check whether Wuhan, the capital, would accept foreign aid or if there was anything else he could help with. He later joined Cambridge Stands With Wuhan, a donation campaign initiated by the University of Cambridge, aiming to help Hubei fight the newly-discovered virus.

Haworth has strong ties with the city of Wuhan, which, in his own words, is like a second home to him. His business in this city dates back to as early as 2012, and he has since been devoted to adapting advanced UK technologies for the broad Chinese market. He visited China at least 4 times a year. In 2015, for all his achievements and contributions, Simon was granted the Yellow Crane Friendship Award by the Wuhan government, and he later won the 2017 Chinese Government Friendship Award, the highest Chinese award for foreign experts. 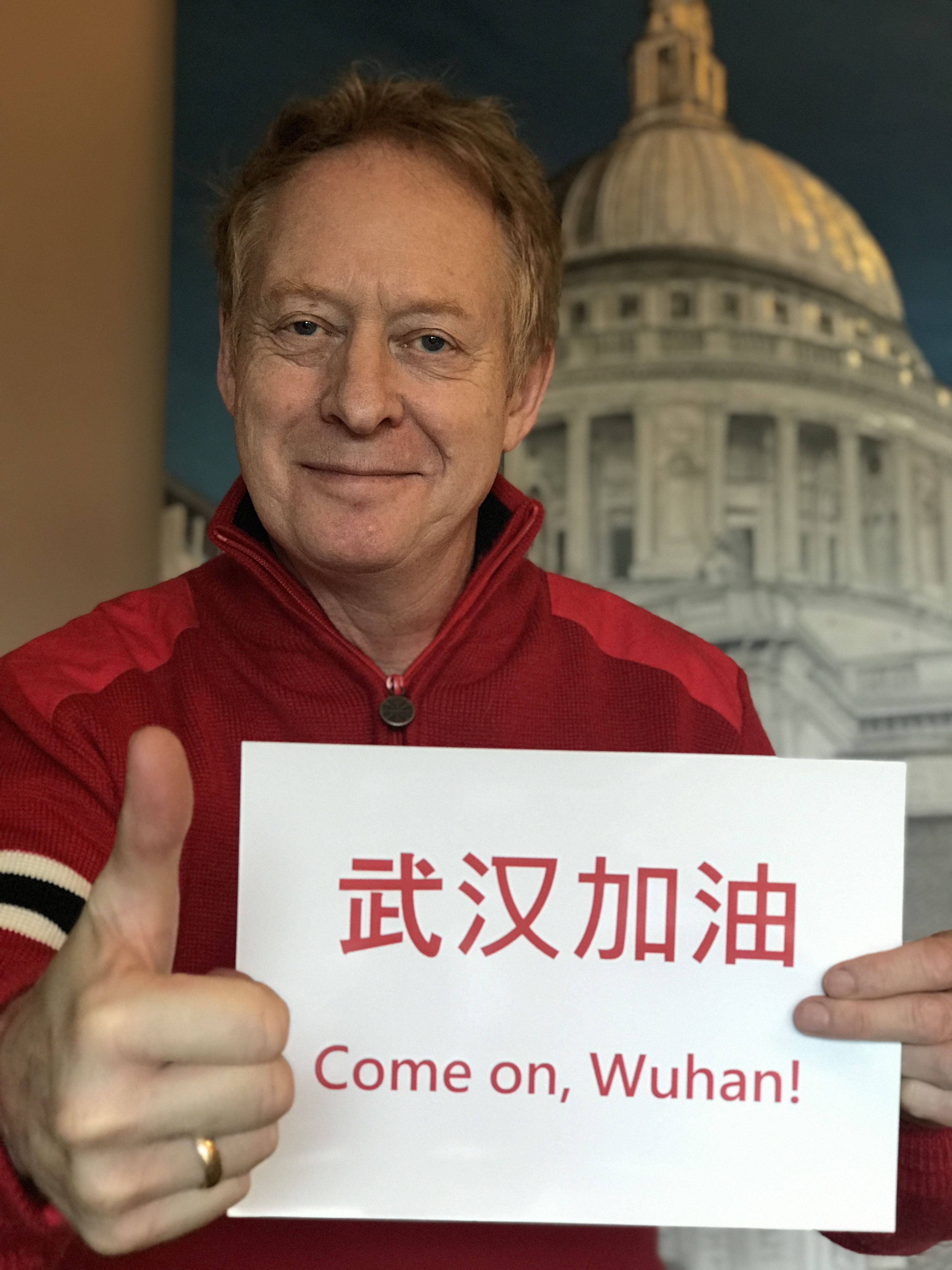 Amid the outbreak, he found a way to repay China for all the support he has received in this country, especially from the city of Wuhan. He asked his Chinese friends about the standards for the needed supplies, and called around Britain to obtain them.  Cambridge Stands With Wuhan aims to raise £50,000 ($66,023), half of which will go into protective clothing and masks, and the rest to aid families who have lost their family members working as medical workers on the front lines. He describes himself as a hardcore supporter of Wuhan on a fundraising poster.

“Wuhan has always been supportive to me. I have many friends there, and one of them has already been infected. The situation lends me no other option but to do my best to help my friends,” Haworth told the People’s Daily. Many cities in Hubei are on lockdown. All of them are facing multiple challenges, among which a shortage in protective equipment is the most troubling. Simon believes that the lockdown says a lot about Hubei people’s sacrifice in curbing the spread of the virus, which will benefit all of us.

Haworth’s company is now working closely with Wuhan Tongji Hospital to process patients’ data using bioinformatic methods, which can facilitate diagnosis. They are also researching a means to detect carriers of the virus before symptoms manifest. “If we are able to identify patients in their latent period, we’ll gain much more control. I’ll do my best to help relieve the situation in China.”