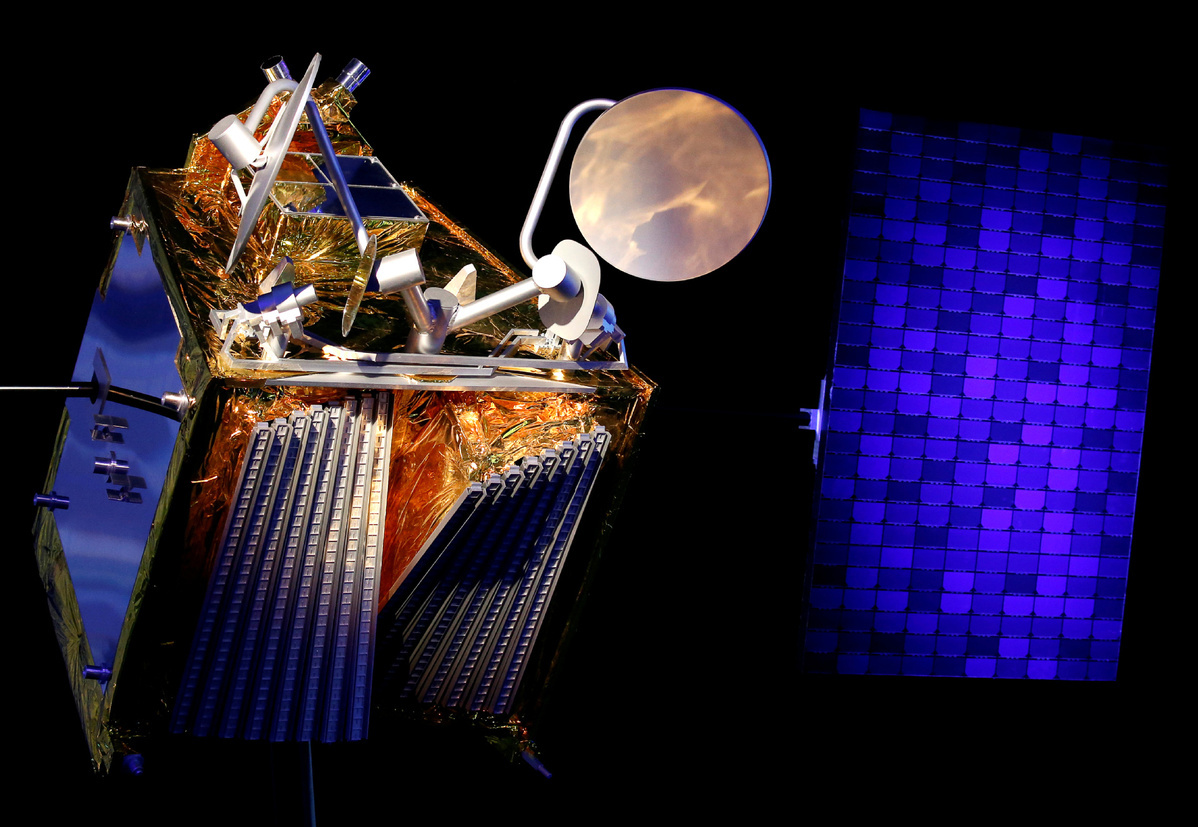 A scale model of an Airbus OneWeb satellite and its solar panel are pictured as Airbus announces annual results in Blagnac, near Toulouse, France, Feb 14, 2019. (Photo: Agencies)

The British government is to spend 400 million pounds ($500 million) on a stake in failed satellite company OneWeb as part of its plan to come up with an alternative satellite navigation system following its withdrawal from the European Union Galileo scheme.

OneWeb was founded in 2012 by United States businessman Greg Wyler, who hoped to provide a network of hundreds of satellites to provide cheap global internet access. Its backers included European aerospace manufacturer Airbus, who built its satellite technology in the US, and Japanese conglomerate SoftBank, and its main rival for launching low-Earth orbit satellites was Starlink, part of billionaire Elon Musk's SpaceX project.

It went bankrupt in March but has been the subject of a bidding war, won by a consortium led by Indian company Bharti Global, with the British government as a major stakeholder. Through its Bharti Airtel arm, which has more than 425 million customers, Bharti is the world's third-largest mobile network.

On Friday a bankruptcy court in New York will make a final ruling on the sale, and if it is approved, the UK will be a 45 percent shareholder in the company, which went out of business when trying to build a broadband network through satellites.

"Our access to a global fleet of satellites has the potential to connect millions of people worldwide to broadband, many for the first time, and the deal presents the opportunity to further develop our strong advanced manufacturing base right here in the UK."

Chief Executive of the UK Space Agency Graham Turnock said the move represented a major opportunity for Britain. "Now is the right time to look at new ways to use space to boost the UK's prosperity, security and global influence, while benefitting people across the whole country," he said.

Trade union Unite has also welcomed the prospect of the deal, which could potentially create secure, high-skilled jobs for its members.

But political opponents of the government have been less enthusiastic about the investment, which comes in the same week as Chancellor Rishi Sunak delivers his first budget since novel coronavirus lockdown hit the British economy in March.

"There are serious concerns about the government's decision to spend 400 million pounds buying a stake in this company," said Chi Onwurah MP, Labour's shadow minister for science.

"We were promised Galileo would be replaced by a UK-based programme, but this is not that. We need a 'Back to Work Budget' with a laser-like focus on UK jobs. The government needs to urgently explain how and why this decision was taken."