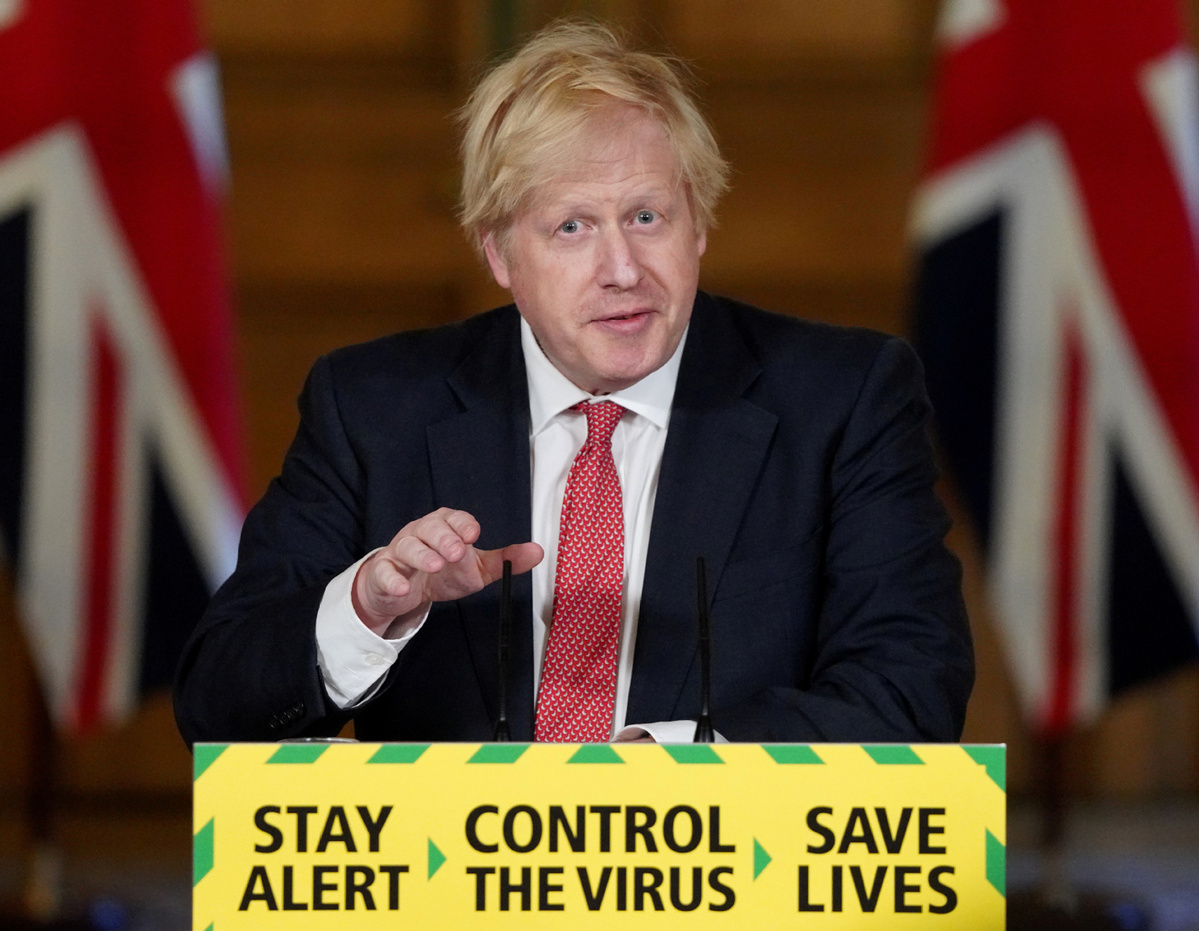 British Prime Minister Boris Johnson admitted a vaccine for novel coronavirus may "never" be found, and that its threat could be around for the "foreseeable future" in a 60-page document published on Monday that sought to clarify the government's roadmap plan for easing nationwide lockdown measures.

The document titled Our Plan to Rebuild sets out a three-phase approach to easing the nationwide shutdown, beginning on Wednesday when citizens in England will be allowed to leave their households for exercise and leisure. However, the devolved governments in Scotland, Wales and Northern Ireland have declined to adjust their lockdown restrictions.

The government warned that there would not be "a quick return to normality" and social distancing measures would continue for at least a year.

The most immediate change suggests face coverings for enclosed spaces where social distancing is not always possible, including on public transport.

In a statement to Parliament on Monday, Johnson said the government is taking the "small limited steps that we can" to ease the lockdown.

In response to questioning from opposition leader Keir Starmer in the House of Commons, Johnson said: "There will be myriad hypothetical questions. But let's be absolutely clear－I think everybody understands what we are trying to do together.

"And that is working together as a country to obey social distancing rules that everyone understands.

"This is the moment for the whole country to come together, obey those rules and apply their common sense in the application of those rules."

In his message at the front of the document, Johnson wrote: "It is clear that the only feasible long-term solution lies with a vaccine or drug-based treatment, but while we hope for a breakthrough, hope is not a plan.

"A mass vaccine or treatment may be more than a year away. Indeed, in a worst-case scenario, we may never find a vaccine.

"So our plan must countenance a situation where we are in this, together, for the long haul, even while doing all we can to avoid that outcome."

Meanwhile, the government's Coronavirus Job Retention Scheme, which pays workers furloughed from their employment, will be extended until September, at a reduced rate of 60 percent, according to The Telegraph. The paper reported that some company bosses have already been told that furlough will be available throughout the summer, as the government slowly reopens the economy during the pandemic.

"Future decisions around the scheme will take into account the wider context of any lockdown extension, as well as the public health response, so that people and businesses can get back to work when it is safe to do so," a Treasury spokesperson told Reuters.

The UK government is also considering establishing a permanent reserve force of medics to support National Health Service staff after the pandemic, according to the Financial Times.

More than 30,000 retired doctors and nurses signed up following a call for retired clinicians to return to the frontline of the crisis as the COVID-19 emergency unfolded.

A government official told the FT that keeping the huge numbers of volunteers on as a permanent resource for the "foreseeable future "could "ensure capacity built up within the NHS is maintained".

The NHS told the paper that alongside existing staff, and 27,000 student doctors, nurses and allied health professionals, around 10,000 former staff had returned to the service and played a "significant role in ensuring that everyone who has needed care over the last two months has been able to receive it".

It comes as the BBC reported that fear of catching novel coronavirus on public transport has helped lead to a boom in cycle-to-work initiatives, which have seen a 200 percent increase in bicycle orders from people working for emergency services. The Association of Cycle Traders said: "Sudden demand from essential workers and the significant adoption of cycling for exercise, travel and family leisure during the pandemic, further fuelled by good weather, is putting an extreme demand upon the industry."

In other news, concerns have been raised about people using the UK government's novel coronavirus app to "prank" people. Michael Veale, lecturer in digital rights and regulation at University College London, said the app's reliance on people self-reporting is "a worry".

Veale told Sky's Sophy Ridge On Sunday: "In other countries we're working with, they are very clear that self-reporting will not be allowed on their app because it can be misused or used to prank or used to target people deliberately and put them into quarantine without them knowing."