British govt to set up 2nd flagship HQ in Scotland 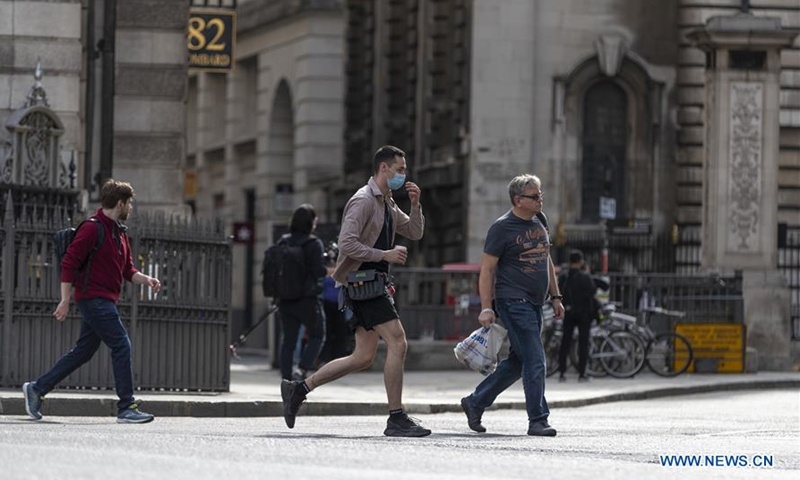 People walk on a street in central London, Britain, on Sept. 12, 2020. Almost 8 million Britons will be subjected to tighter lockdown restrictions next week after fresh measures were imposed in the West Midlands and Scotland, local media reported Saturday. A study by Imperial College London found that coronavirus cases in England were doubling every seven to eight days at the beginning of September. (Photo: Xinhua)

Britain's cabinet office will set up a "second flagship HQ" in Glasgow as the government plans to move some of its operations to Scotland, ministers announced on Monday, at a time when support for Scottish independence is running high.

Ties between Scotland and the rest of Britain have been badly strained by a much-criticized COVID-19 pandemic response and Brexit, which a majority in Scotland opposed.

That has worsened for many Scottish the sense that policies designed in London don't represent their views and make their day-to-day lives harder.

The cabinet office, which oversees the running of the government machine, said it was creating a new headquarters in Glasgow, while the foreign office planned to create 500 new jobs at an existing office in East Kilbride.

"Not only will this bring new jobs and investment to Scotland, it will strengthen the diversity of the UK civil service, ending the Westminster knows best approach to policymaking and ensuring Scottish voices shape everything we do," Cabinet Office minister Michael Gove said in a statement.

In total 1,000 more jobs would be located in Scotland over the next four years.

The exact functions to be shifted to Scotland were not set out.

More of the government's 400,000-plus employees are based in London than any other city, although there has been a long-term push to locate more of these jobs elsewhere to challenge the perception of London-centric policymaking.

Polls show that more people in Scotland support independence than want to remain part of Britain.