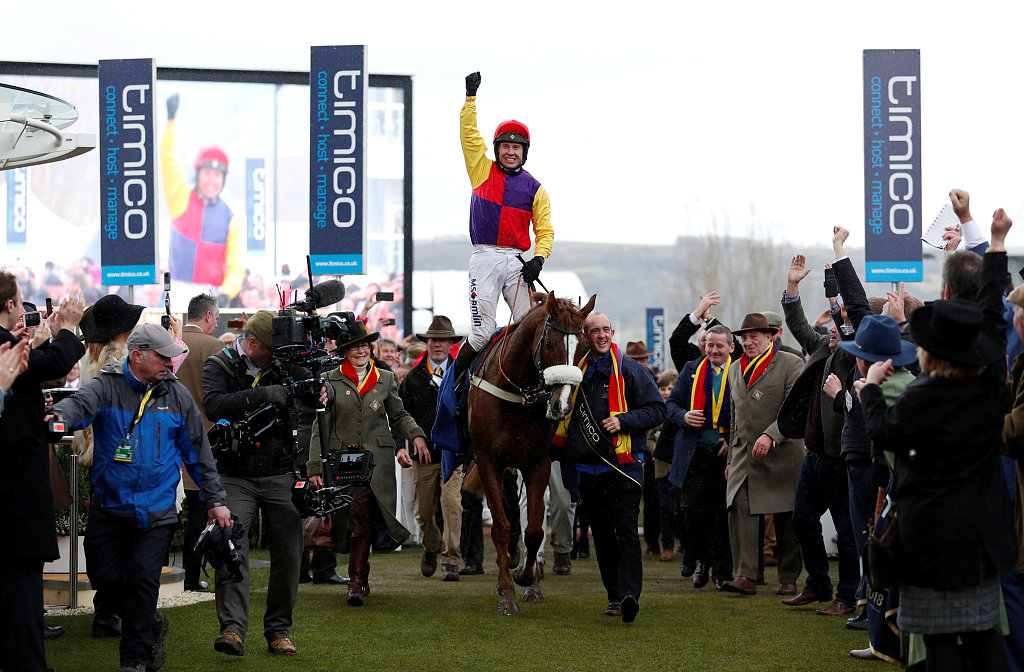 Four meetings were cancelled last Thursday after three animals tested positive for equine influenza despite having been vaccinated against the disease. Friday's meetings were also abandoned as the BHA cancelled all racing across the country.

Several major jump races that were suspended have been rescheduled, including the Betfair Hurdle, which will now be run at Ascot on February 16 instead of the nearby Newbury course in southern England.

Grand National-winning trainer Donald McCain confirmed the horses that were the source of the original outbreak came from his Cheshire stables in northwest England.

The BHA issued a statement shortly before midnight GMT Monday in which it explained how racing would resume but "only with strict bio-security controls in place".

It added this decision was "unanimously supported" by the industry veterinary committee.

"Clearly, there is some risk associated with returning to racing, said BHA chief regulatory officer Brant Dunshea in the governing body's statement.

"This risk has been assessed and, based on the evidence -- and ensuring bio-security measures are in place –- the level of risk is viewed as acceptable."

The BHA's statement confirmed UK racing would resume with scheduled jump fixtures on Wednesday at both the Scottish course of Musselburgh and the Plumpton track near Brighton in southern England, alongside all-weather racing at Kempton, southwest of London, and Southwell in the English Midlands.

A total of 174 racing stables had been placed in lockdown.

Fears there might be an extended suspension, and a possible impact on next month's Cheltenham Festival -- one of the showpiece events of the British racing calendar -- intensified when a second outbreak, involving four vaccinated horses, was confirmed at the yard of trainer Simon Crisford in Newmarket, eastern England, on Sunday.

But no further positive tests were found in an analysis of thousands of samples.

Equine influenza is a highly infectious disease of horses with symptoms including high fever, coughing and nasal discharge.