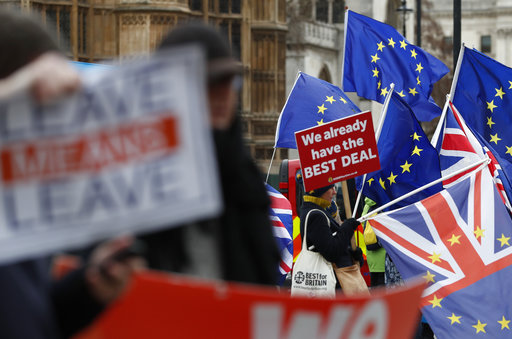 Pro and anti Brexit demonstrators wave their placards and flags outside the Houses of Parliament in London, Tuesday Dec. 18, 2018. (File photo: AP)

British MPs are set to hold a critical vote on January 15 on the Brexit agreement negotiated by Prime Minister Theresa May, her spokesman said Tuesday.

May had told a cabinet meeting that the vote, which the government has already postponed once because of widespread opposition, will go ahead, the spokesman said.