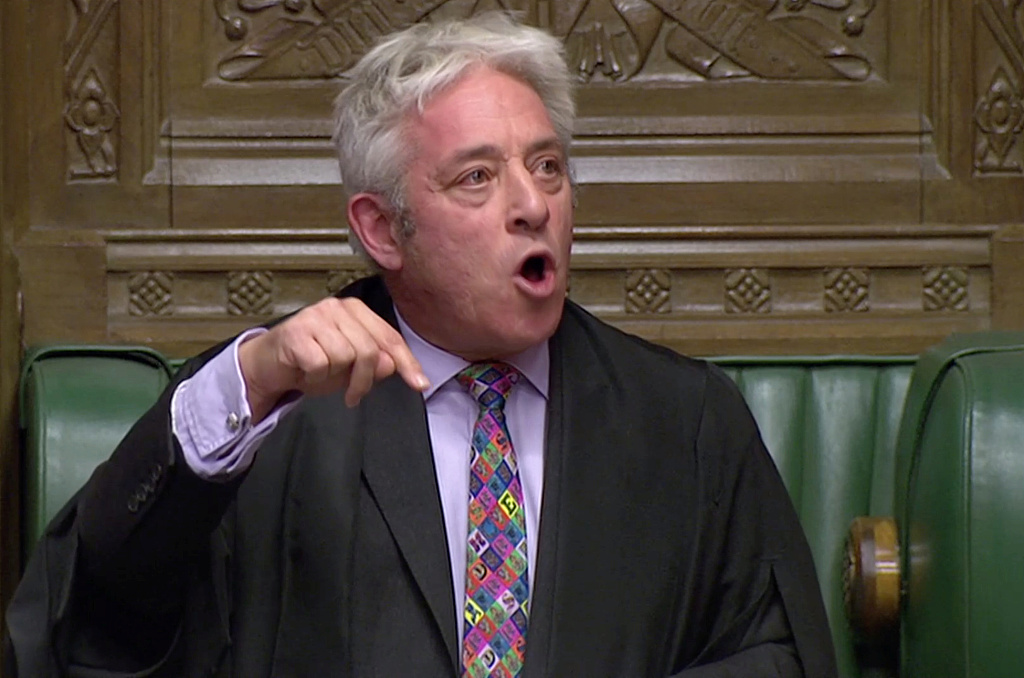 The UK parliament selects a new speaker Monday, a once unremarkable event that is now charged with significance following the previous occupant's role in Brexit.

Seven MPs are running to replace John Bercow, who placed himself front and centre of the Brexit saga by choosing amendments and introducing procedures that Leave-supporting MPs claimed were designed to frustrate Britain's departure from the European Union.

Bercow also faced accusations that he fostered a culture of bullying within the lower House of Commons.

But his colourful personality and eccentric performances in parliament gave him an international profile and raised the status of the office.

Lindsay Hoyle, Bercow's deputy since 2010, is the odds-on favourite to fill his shoes but other political heavyweights are also vying for the job.

Hoyle has been a Labour MP for 22 years and was Bercow's deputy from 2010, since when his distinctive Lancashire accent has rung out from the speaker's chair.

In a sign that he may follow a different path from Bercow, he recently rejected amendments that would have made it more difficult for Prime Minister Boris Johnson to force a general election, now due on December 12.

The 62-year-old is as unimpressed as his predecessor by rowdy MPs, once chastising Scottish Nationalists for humming the EU anthem "Ode to Joy" in the chamber.

Hoyle pledged in an interview published in the Sunday Times to repair what he claims has become a "toxic parliament".

"I don't want the abuse of each other and I think we have got to close that down quickly and make sure it is a calmer place to be," he said.

The former justice minister is known for her ardent feminism and has been a long-time crusader on social justice issues.

Another woman in the running is Eleanor Laing, Bercow's number two deputy since 2013.

The 61-year-old Conservative entered parliament in 1997 and previously served as the party's spokeswoman on Scotland.

One of the more colourful characters in contention is former Church of England vicar, and now Labour MP Chris Bryant.

The openly gay 57-year-old's civil partnership ceremony in 2010 was the first held in the Houses of Parliament.

The list of candidates fell from eight to seven when long-shot Conservative Shailesh Vara pulled out and endorsed Hoyle.

"Sadly, I have concluded I don't have the numbers to win so as not to split the vote I am withdrawing from the contest and will support Lindsay Hoyle," he tweeted.

Bercow stepped down on Thursday after 10 years as speaker.

The man in the middle of more than three years of fiery parliamentary debates has proved a controversial figure, loathed by pro-Brexit supporters and hailed by its foes.

A social media mash-up by German television of Bercow trying to calm down rowdy MPs has been seen more than a million times. A Belgian newspaper called him "irreplaceable".

Opposition Labour party leader Jeremy Corbyn added: "You've done so much to reform this House of Commons and our democracy is the stronger for the way you have done it."

Bercow will not be running for a parliamentary seat in next month's general election.