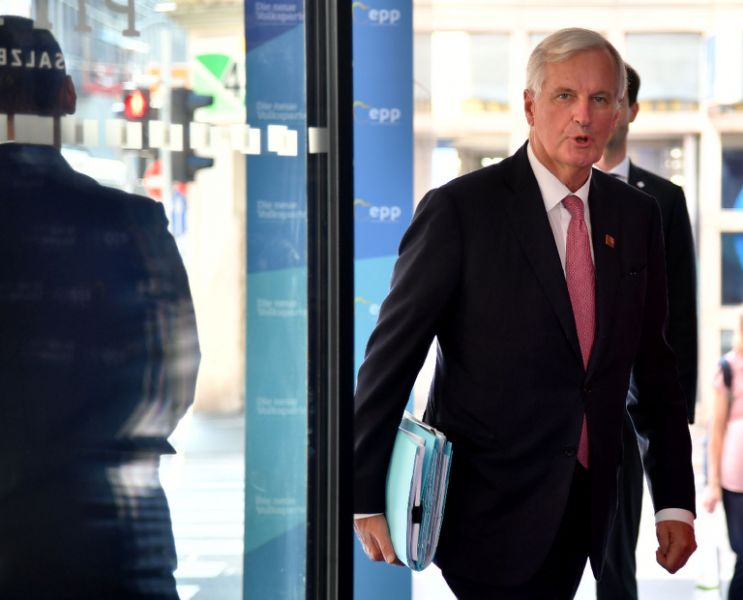 Corbyn, who told his party conference Wednesday that a no-deal Brexit would be a "national disaster", has nevertheless warned his party could vote against any accord based on Prime Minister Theresa May's plan.

European officials and many EU member state leaders also oppose parts of May's "Chequers" blueprint, but worry Britain could crash out of the bloc if an eventual negotiated deal is vetoed by British MPs.

Corbyn's answer is to push May to call a general election, in the hope that Labour can win power and then negotiate an exit deal that he says would better protect jobs, trade and workers' rights.

On Thursday, he met EU negotiator Michel Barnier and Martin Selmayr, the powerful civil servant drawing up Europe's reserve plan to deal with the consequences of a "no deal Brexit".

"We set out the views of the Labour Party on issues surrounding Brexit, following the conference speeches made by both Keir Starmer and myself," Corbyn said, standing along Starmer, the Labour Brexit pointman.

"We're not negotiating, we're not in government, but he was interested to know what our views are of the six tests that we've laid down by which we will hold our government, the British government, to account in the future -- essentially about the protection of jobs and trade arrangements in the future with the European Union."

Addressing the Labour conference on Wednesday, Corbyn warned May that if she can't negotiate a deal that meets his tests "then you need to make way for a party that can".

There is barely any time for such a plan to bear fruit, however -- under the terms of Article 50 of the EU Treaty, Britain will leave the Union on March 29 next year, with or without a divorce deal. 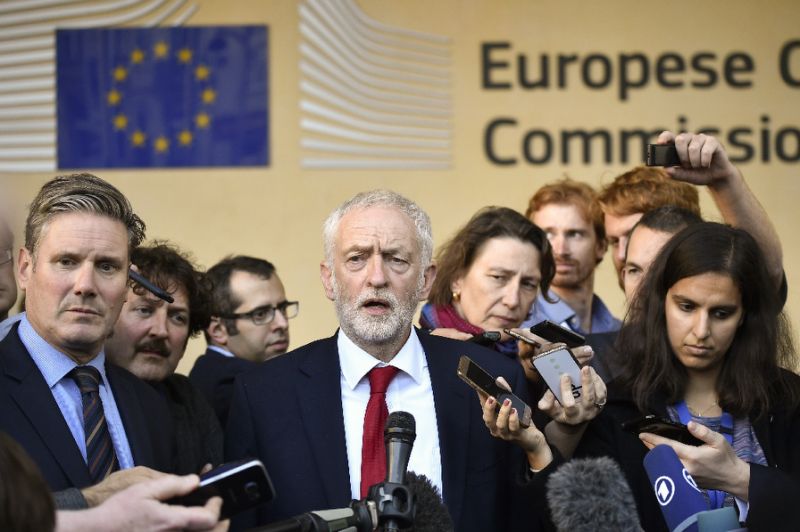 May's government, meanwhile, is in talks with the EU's Barnier in hopes of striking a compromise arrangement that would keep Britain in a single market for goods while seeking a broader trade deal.

European leaders want the divorce deal, which they insist must include special provisions for Northern Ireland that May has rejected out of hand, in time for a Brussels summit on October 18.

It would then have to be approved by both the British and EU parliaments.

This would appear to leave no time for Corbyn's Labour to overthrow May's Conservatives and to negotiate their own Brexit package.

Barnier joined Corbyn at a tribute to murdered pro-Europe Labour MP Jo Cox, where a Brussels square was named after her.

Cox, a strong supporter of Britain's EU membership, was killed by a right-wing extremist on June 16, 2016, at the height of the country's divisive Brexit referendum campaign.

Corbyn, himself previously a euro-sceptic, has been criticised by the pro-remain camp who say he did not campaign hard enough against a Brexit vote.

Now he is under pressure again from within his own party to back a second referendum on whatever deal May and the Conservatives come up with.

The Labour leader did not address the issue at Cox's memorial ceremony, but -- as he looked on sombrely -- political allies paid tribute to the slain MP's support for Europe.

"If we had heard the voice of Jo, this great nation the United Kingdom would stay where it belongs in the heart of Europe," said Udo Bullman, head of the European Parliament's Socialist group that includes Labour.

Corbyn later headed to the Berlaymont building housing the European Commission for talks with Barnier.

Ahead of the meeting, EU spokesman Margaritis Schinas played down reports that Selmayr was finalising an emergency package of legislation to cover a no deal.

"We work for a deal, without neglecting our duties," he told reporters.