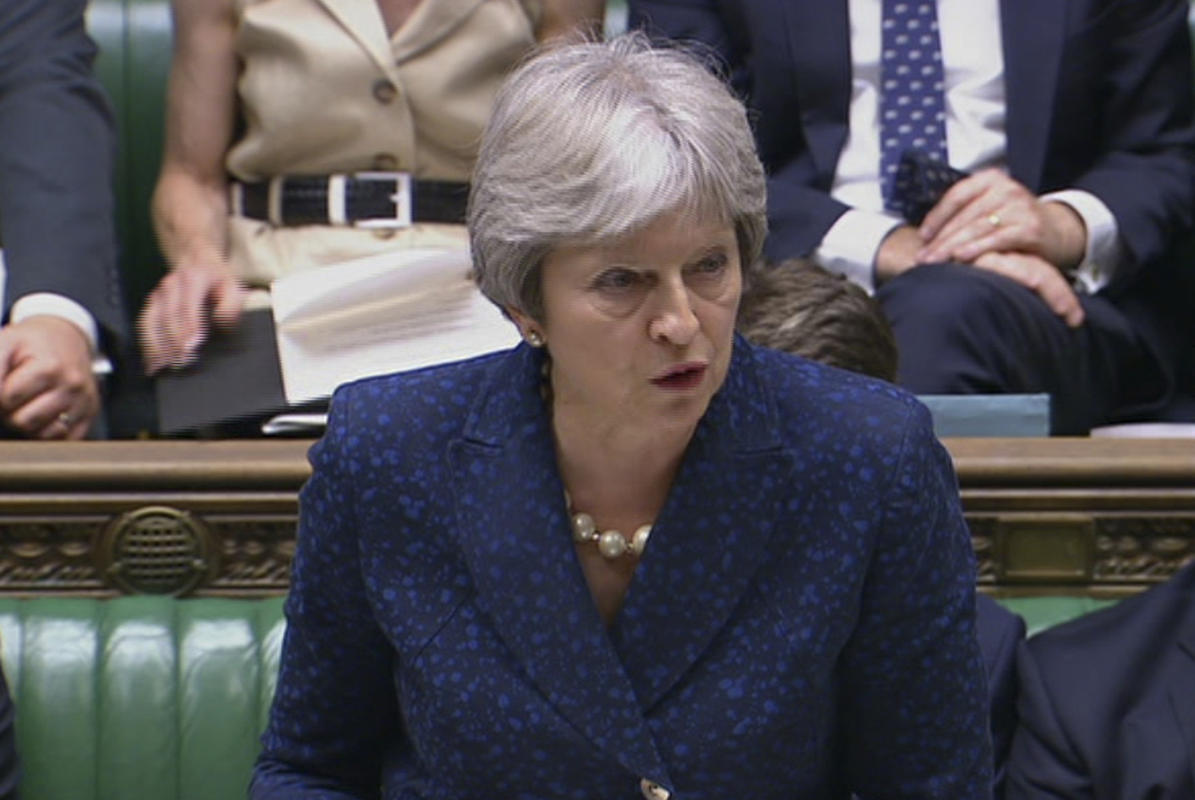 LONDON, Sept. 30 (Xinhua) -- British Prime Minister Theresa May on Sunday accused those who refuse to back the Chequers plan for Brexit of "playing politics" with the country's future.

The comment came in an interview with the Sunday Times, where May stressed that the Chequers plan was the only workable strategy, and signaled she had a "long-term" job to do as prime minister.

May said her plan for Britain and EU to share a "common rulebook" for goods, but not services, is the only credible way to avoid a hard border between Northern Ireland and the Irish Republic.

The strategy has been fiercely criticized by Brexiteers, who said it would compromise Britain's sovereignty and betray the 2016 referendum vote.

In an attempt to show that she has ideas beyond Brexit, May announced that foreign buyers will face a higher stamp duty rate to stop them driving up house prices.