LONDON, May 23 (Xinhua) -- Theresa May is expected to announce her resignation as British prime minister on Friday, most British national newspapers reported Thursday. 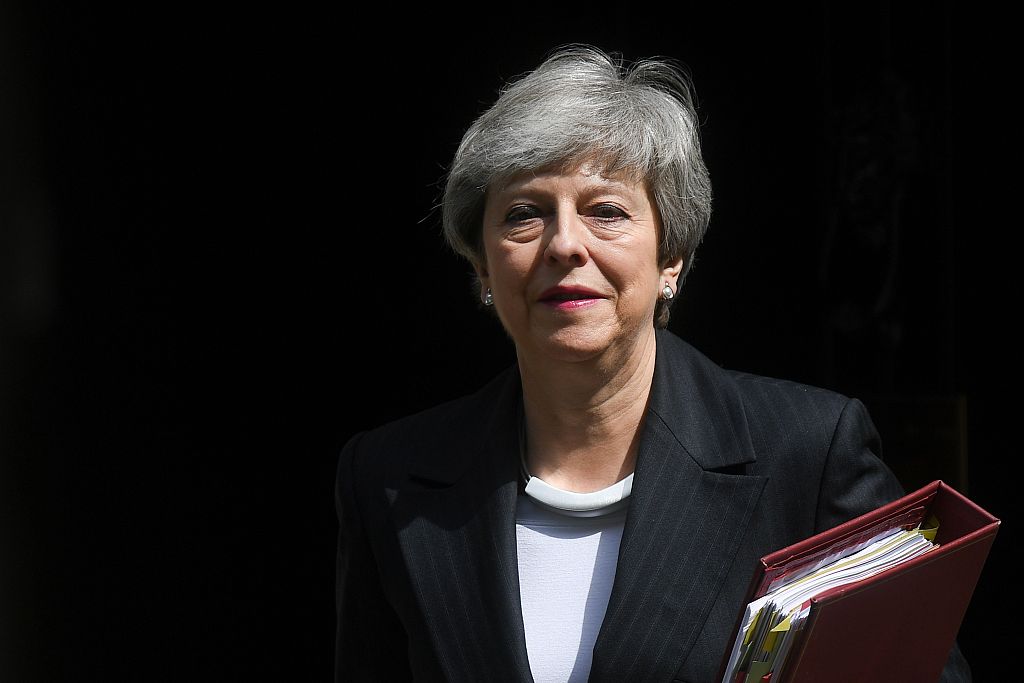 May's resignation will trigger a race among senior ministers to replace her as leader of the Conservative Party, and herald a new approach to the deadlocked Brexit negotiations that have besieged her premiership, local media said.

The latest blow for May came Wednesday night when one of her staunchest supporters, leader of the House of Commons Andrea Leadsom, resigned.

Leadsom said she could not present the prime minister's withdrawal bill -- which May plans to publish Friday -- to parliament because she opposed a second referendum.

With opposition growing among MPs from May's own Conservative Party, a number of her senior ministers tried in vain Wednesday night to plead with May to pull her proposed withdrawal bill and to announce her resignation.

May has a meeting slated Friday with Graham Brady, chairman of the 1922 Committee which represents Conservative backbench MPs in the House of Commons, to discuss whether the prime minister should resign, newspapers in London said.

Brady will have with him sealed letters from committee members with their verdicts on whether rules should be changed to allow an immediate vote of confidence in May, they said.

Downing Street said May still intends to present her bill to the House of Commons early June, but it is widely expected to be defeated again like on the three previous occasions when the bill has been presented.

The drama came as millions of people in Britain cast their ballots on Thursday for the European Parliament elections.

Currently Britain is scheduled to leave the European Union by Oct. 31.