LONDON, Sept. 11 (Xinhua) -- British Prime Minister Boris Johnson has hailed his country's "broad and deep" relationship with China which will continue to be important as the UK prepares to leave the European Union. 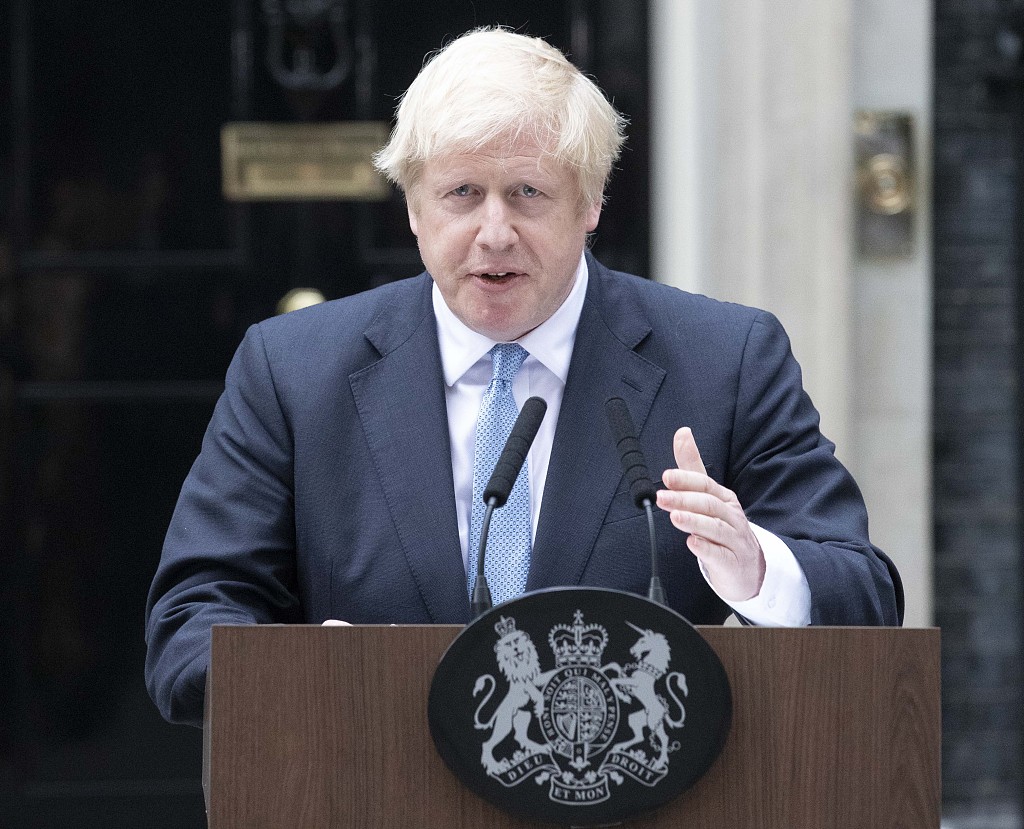 "The UK's relationship with China is broad and deep, delivering great benefits for both our countries. And this relationship will continue to be important as the UK prepares to leave the EU," Johnson said in a congratulatory message sent to a reception held earlier this week by the Chinese embassy in London in celebration of the 70th anniversary of the founding of the People's Republic of China (PRC).

The message was read by Richard Moore, Director General for Political Affairs at the British Foreign & Commonwealth Office at the reception.

This year also marks the 65th anniversary of the establishment of diplomatic relationship between PRC and UK at the level of charge d'affaires.

"I would like to share my congratulations on the 70th Anniversary of the founding of the People's Republic of China, in the year that we also celebrate 65 years of UK-China relations at Chargé d'Affaires level," said Johnson in the message.

The prime minister also expressed his "ambitious" vision of stronger ties in trade and investment as well as people-to-people exchanges between the two countries.

"I want to be ambitious with greater trade and investment between our countries, and stronger people-to-people links," said the message.

As global powers, the UK and China must work together to lead the international response on addressing global challenges, such as climate change, and protecting free trade, it added.