British Prime Minister Boris Johnson prepared to Monday make a second attempt to ram his EU divorce deal through parliament and avoid the political damage of delaying Brexit next week. 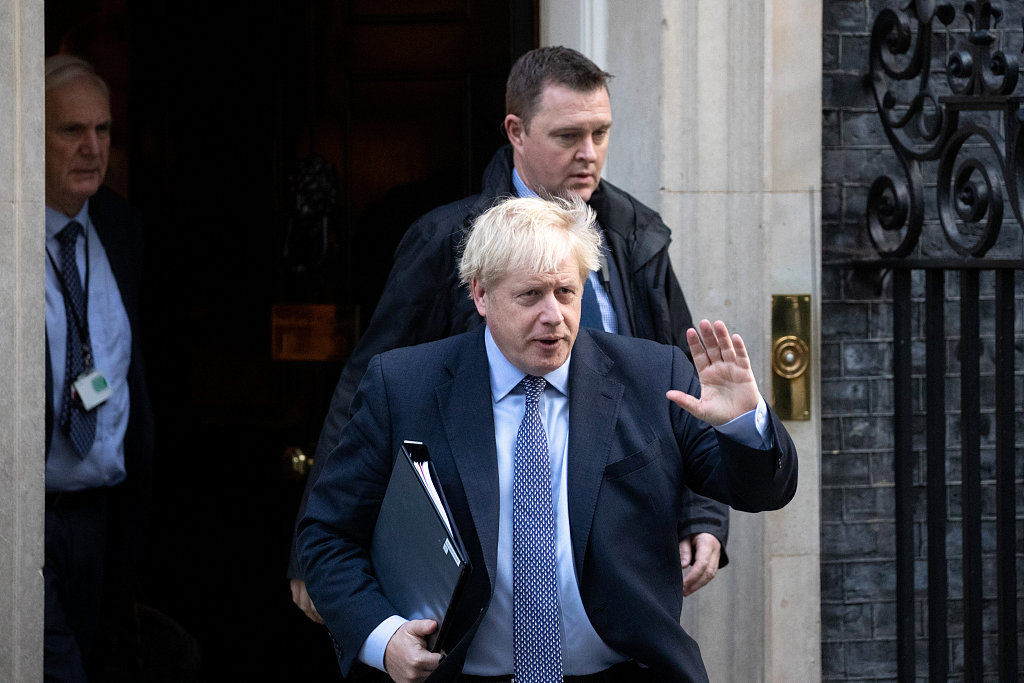 Another momentous week in the tortuous saga could end with Johnson engineering a divorce from Brussels that breaks many of the island nation's economic relations with Europe after 46 years of EU membership.

British lawmakers dealt a dramatic blow to Johnson's Brexit plan at the weekend by refusing to give their backing to his revised withdrawal agreement until the legislation needed to ratify it has passed.

His foes are now forging new alliances and trying to attach amendments that could either force Johnson to accept closer trade ties -- or abandon the deal and accept a third delay this year.

The option of extending Brexit past the latest October 31 deadline is now in the hands of the 27 remaining EU member states.

Britain has been struggling to agree on how to leave the EU, three-and-a-half years since a  referendum on Brexit that has left the country deeply divided.

Johnson has built his entire Brexit strategy on the premise of using the pressures of time to force everyone to stop bickering and agree an exit plan by the end of the month.

"This is the chance to leave the EU with a deal on October 31," Brexit minister Stephen Barclay said Monday.

But Johnson was mandated by UK lawmakers Saturday to send a letter to Brussels asking for more time.

The British leader ended up sending three letters on Saturday. The only one he actually signed said an "extension would damage the interests of the UK and our EU partners" and that he was firmly against a delay.

The manoeuvre is designed to minimise the political damage of Johnson going back on his word and seeking an extension ahead of an early general election most expect in the coming months.

The top civil court in Scotland will hear a challenge Monday on whether Johnson's half-hearted request broke the law.

But officials in Brussels said Johnson's request was valid.

German Foreign Minister Heiko Maas said he "would not rule out a short technical extension" if one was needed to get all the UK legislation approved.