Britain's government suffered another setback Wednesday as MPs voted to force it to announce within three sitting days what steps it will take next if its Brexit deal is rejected by parliament next week as appears likely. 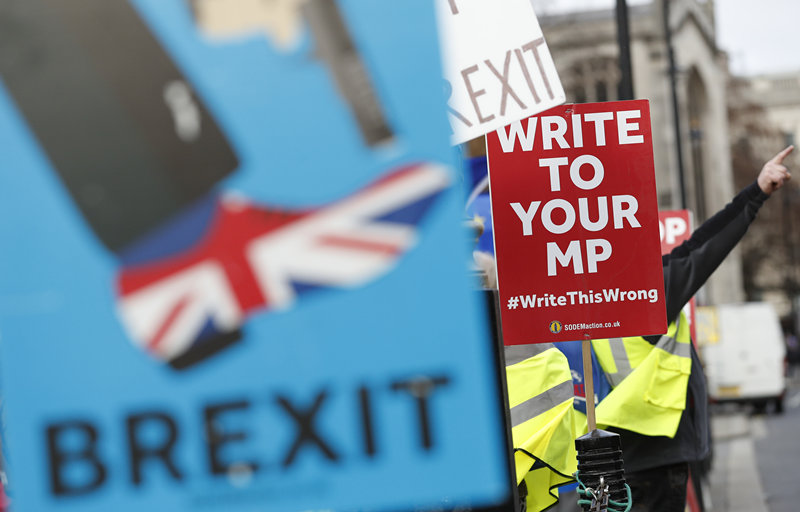 Anti Brexit protesters voice their opinions outside the Palace of Westminster, in London, Wednesday, Jan. 9, 2019. The British government has opened five days of debate on a proposed agreement with the European Union setting out the terms of Britain's departure from the trading bloc. (Photo: AP)

The contentious amendment was passed by 308 votes in favour to 297 against, a day after MPs delivered another blow to Prime Minister Theresa May by voting to scupper a no-deal Brexit.