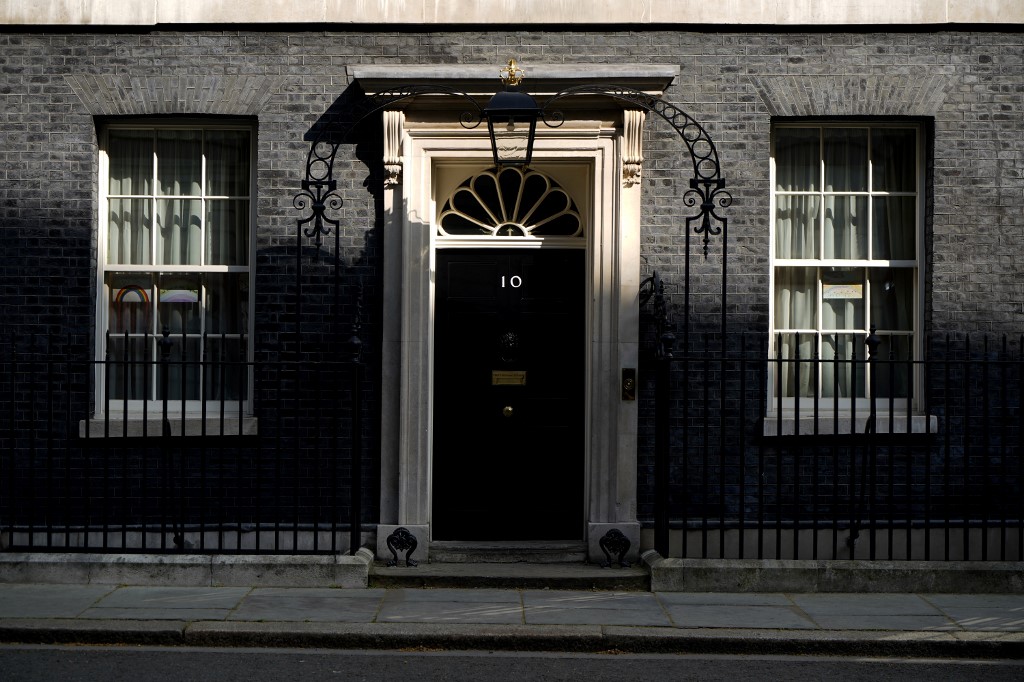 A general view is pictured of number 10 Downing Street in central London on April 11, 2020. (Photo: AFP)

The prime minister is playing games and watching classic films, and his choices of entertainment are said to include the 1987 comedy Withnail and I, and Lord of the Rings.

He has also been playing sudoku, according to Sky News.

Johnson's fiancee Carrie Symonds, who is expecting their first child in weeks, has sent him letters and baby scans.

Downing Street on Friday announced that Johnson had been able to take "short walks, between periods of rest" at St Thomas' Hospital in London.

Johnson was moved to a general ward on Thursday evening after spending three days in intensive care. He was taken to the hospital on Sunday, 10 days after testing positive for the virus.

Britain's coronavirus lockdown faces its most serious test this weekend as the public is urged to stay at home during the Easter bank holiday weekend to slow the spread of COVID-19.

The death toll of those hospitalized in Britain who tested positive for coronavirus reached 8,958 in Britain as of Thursday afternoon while 73,758 cases of COVID-19 have been confirmed as of Friday morning, according to the Department of Health and Social Care.

The latest figures are expected to be announced by the department later Saturday afternoon.