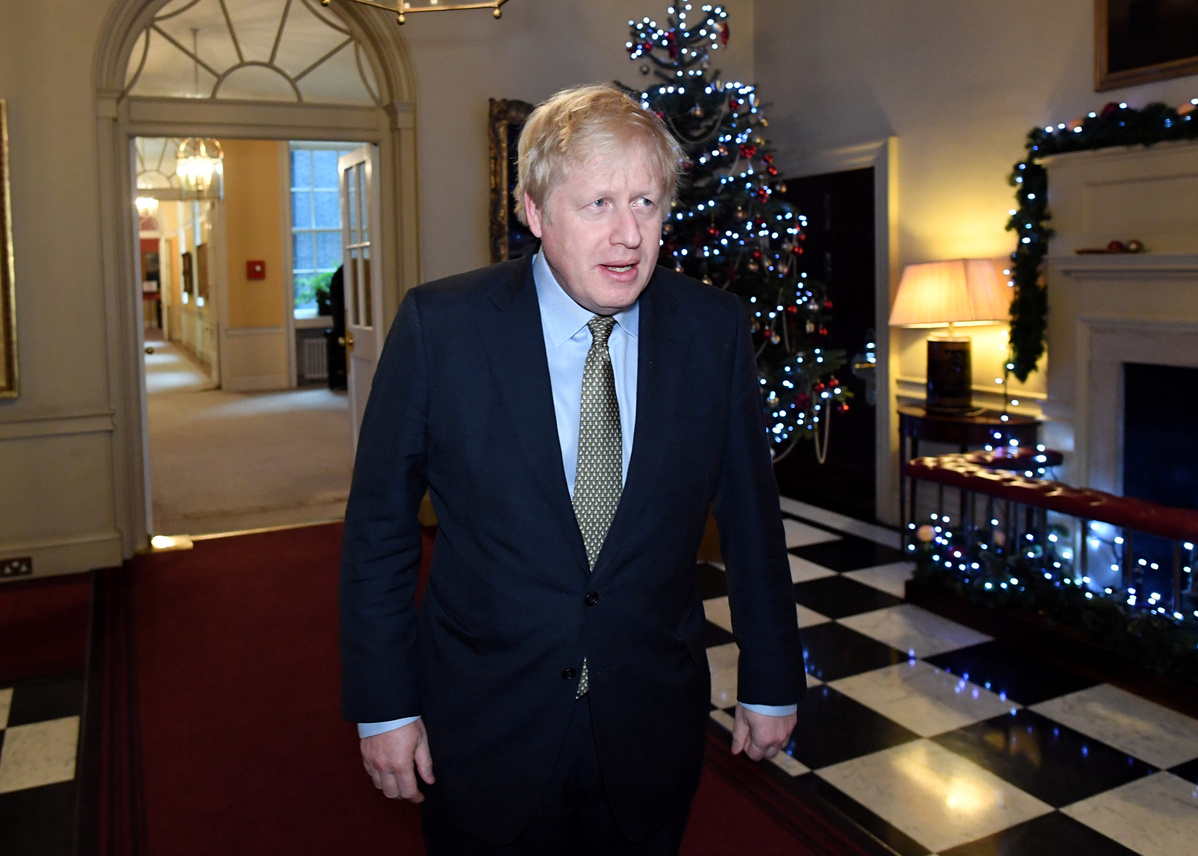 Britain's Prime Minister Boris Johnson leaves Downing Street for Buckingham after the Conservative Party was returned to power in the general election with an increased majority, in London, Britain, Dec 13, 2019. (Photo: Agencies)

The monarch, under Britain's constitution, has to grant her permission before a party leader can form a new government. Johnson needs to go through the process to demonstrate he has a mandate to govern the country for five years.

He arrived by car from 10 Downing Street as the daily changing of the guard ceremony was taking place at the palace.

Large crowds gathered near the palace gates to watch the ceremony and also catch a glimpse of Johnson entering and leaving the main residence of the Queen.

The meeting at the palace lasted for about 40 minutes. Johnson returned to Number 10 without making any comment to waiting reporters.

Ahead of that, media reports said Johnson aims to present his European Union Withdrawal bill to the House of Commons at the end of next week.

That would enable him to end Britain's membership of the EU on Jan 31.

With one seat to declare its result, Johnson has won 364 seats in the election, a gain of 47, mainly at the expense of the main opposition Labour party. It gives him a majority of 68 in the House of Commons.

Jeremy Corbyn's Labour won 203 seats, losing 59 of its MPs in the process, and registering its worst performance in an election since the 1980s.

The final result, in Cornwall's St. Ives constituency, has been held up because stormy weather in the English Channel has prevented ballot boxes from being dispatched from the Scilly Isles to the mainland counting center.