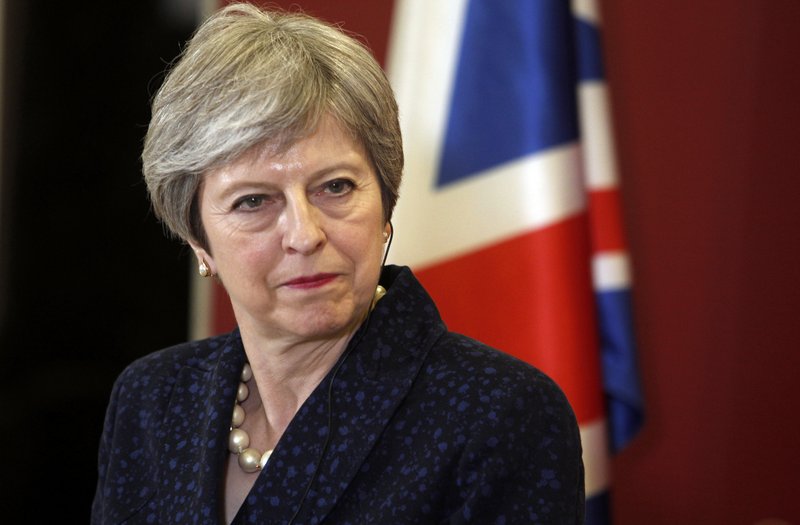 British Prime Minister Theresa May looks on during a news conference with her Macedonian counterpart Zoran Zaev, not pictured, following their meeting at the government building in Skopje, Macedonia on May 17, 2018. (Photo: AP)

LONDON, Jan. 21 (Xinhua) -- British Prime Minister Theresa May said on Monday that she would not back a no-deal Brexit or delay the country's departure from the European Union (EU).

May made the remarks while addressing lawmakers in the House of Commons to outline her latest proposals for Britain's departure from EU.

It follows last week's overwhelming defeat in the British parliament for her Brexit deal.

The defeat of her deal, by more than 200 votes, was the biggest in the country's political history.

May said in parliament on Monday that she did not believe a delay to Brexit or a no deal would command a majority in the House of Commons.

May was critical of Labour's Jeremy Corbyn, the main opposition leader, for refusing to take part in talks to find a way forward.

Corbyn said May's government had not come to terms with the vote on the deal last week, accusing the prime minister of being in denial.

"The prime minister's invitation to talks was a sham," said Corbyn.

MPs will vote on a different deal next week.