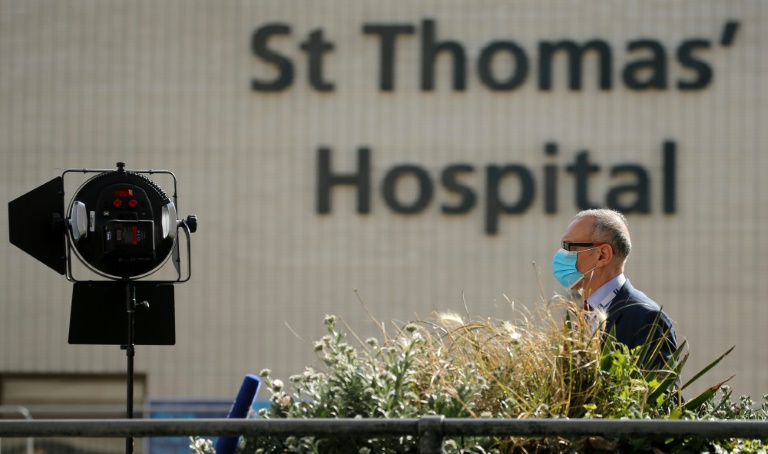 LONDON, April 7 (Xinhua) -- British Prime Minister Boris Johnson is spending a second night in intensive care in hospital, where he is being treated for COVID-19, and he is in "stable" condition, a Downing Street spokesman said on Tuesday night.

The prime minister was moved to intensive care at St Thomas' Hospital in London on Monday night following a worsening of symptoms. He has received oxygen treatment but has not required a ventilator so far.

Earlier Tuesday, the spokesman said, "The prime minister's condition is stable and he remains in intensive care for close monitoring. He is in good spirits."

Also on Tuesday, British Foreign Secretary Dominic Raab, while briefing on the health of the prime minister, said that Johnson is "receiving the very best care from the excellent medical team" and he is breathing without help in intensive care.

Raab, who is also first secretary of state and therefore de facto deputy prime minister, will continue to stand in for the prime minister in his absence.

No further updates on the prime minister's condition are expected until Wednesday, according to the Evening Standard newspaper.

Johnson, 55, was admitted to hospital for tests on Sunday night on the advice of his doctor as he continued to display symptoms of cough and high temperature 10 days after testing positive for the coronavirus.

The number of coronavirus hospital deaths in Britain has risen to 6,159, a record increase of 786 in a day, the British Department of Health and Social Care said, compared with 439 on Monday.