British PM tells Labour: 'Let's do a deal' on Brexit

British Prime Minister Theresa May on Sunday urged main opposition Labour leader Jeremy Corbyn to work with her to break the Brexit deadlock, telling him: "Let's do a deal". 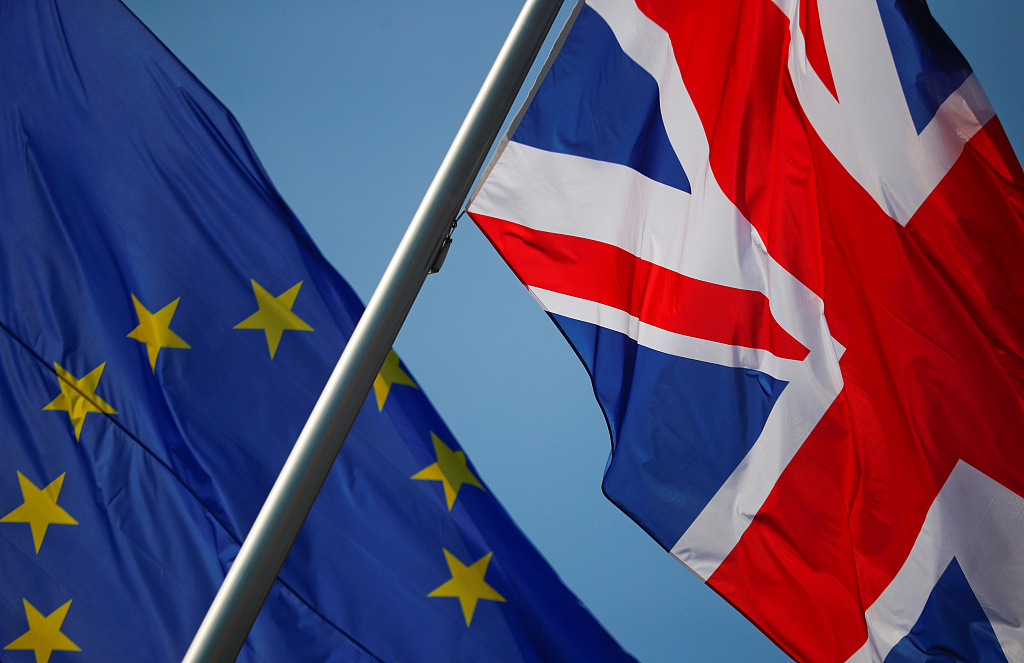 May said she understood why hardcore Brexiteers in her own centre-right Conservative Party, who want a clean break with the European Union, would wince at the prospect of striking a softer agreement with the veteran socialist.

But she insisted the clobbering both main parties took in last week's English local elections had increased the necessity of finding an EU divorce deal that a majority of MPs could get behind, even if many of her own backbenchers were not among them.

"To the leader of the opposition, I say this: let's listen to what the voters said in the elections and put our differences aside for a moment. Let's do a deal," she wrote in The Mail on Sunday newspaper.

May negotiated a withdrawal agreement with Brussels last year but MPs repeatedly voted it down, with large numbers of her own Conservative backbenchers standing against it.

"Regrettably, I have to accept there is no sign of that position changing," May wrote.

Had a withdrawal agreement been signed off, Britain would have left the EU on March 29. Its exit date has twice been postponed and is now set at October 31.

"The government has been in talks with the opposition to try to find a unified, cross-party position," May said.

"Many of my colleagues find this decision uncomfortable. Frankly, it is not what I wanted, either.

"But we have to find a way to break the deadlock -- and I believe the results of the local elections give fresh urgency to this.

"We will keep negotiating, and keep trying to find a way through.

"The longer that takes, the greater the risk we will not leave at all. We need to get out of the EU and get a deal over the line."

The Sunday Times newspaper claimed that the government was prepared to give way to Labour on three areas: customs, goods alignment and workers' rights.

The broadsheet said May would set out plans for a temporary customs arrangement with the EU that would last until the next general election, which must be held by May 2022.

However, more than 100 opposition lawmakers have written to May and Corbyn to say they would vote against any agreement the pair reach unless it is subject to a referendum.

"The very worst thing we could do at this time is a Westminster stitch-up, whether over the PM's deal or another deal. This risks alienating both those who voted leave in 2016 and those who voted remain," the letter says.

The phrase also appeared on the Sunday newspaper front pages, with The Observer's reading: "Anger grows at May-Corbyn bid to stitch up Brexit deal".

The Sunday Express said: "Brexit deal 'this week'," adding: "Panicking May and Corbyn close to agreement that angry Brexiteers say is a 'stitch-up'."

Former Conservative Party leader Iain Duncan Smith -- who was himself ousted by his own MPs in 2003 -- argued it was time to change the leadership, saying backbench MPs needed to "decide that either the prime minister sets the immediate date for departure or, I'm afraid, (we) must do it for her".

The hardcore eurosceptic called May a "caretaker prime minister", telling LBC radio that making fundamental decisions about Brexit under her leadership would therefore be "a big mistake".

May has said she will step aside once a Brexit deal has been passed by parliament.