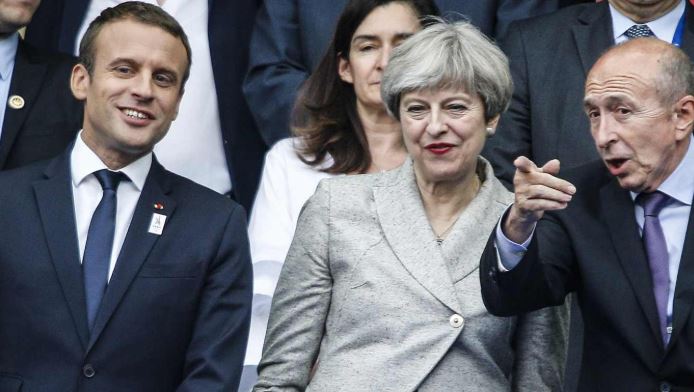 British Prime Minister Theresa May signaled her "full support" Friday for a potential joint bid by the United Kingdom and Ireland to host the 2030 FIFA World Cup.

"Following the excitement of this summer's World Cup, the English FA are working together with the FAs of Scotland, Wales, Northern Ireland and Ireland to explore whether there could be a joint bid to host the 2030 World Cup," May said, ahead of the Conservative Party conference in Birmingham.

"The decision on whether to bid is, of course, for the Football Associations to make. But if they decide to go forward, they can count on this government's full support."

May's comments served up a formidable challenge to a Latin American plan that Argentina agreed on with Paraguay and Uruguay in April.

The biggest event in the world's most popular sport has been expanded from 32 to 48 teams starting with the next edition in Qatar in 2022.

The change means that even countries with ample infrastructure may struggle to cope with the weight of pulling off the massively followed competition on their own.

The 2026 tournament will be jointly held by the United States, Mexico and Canada.