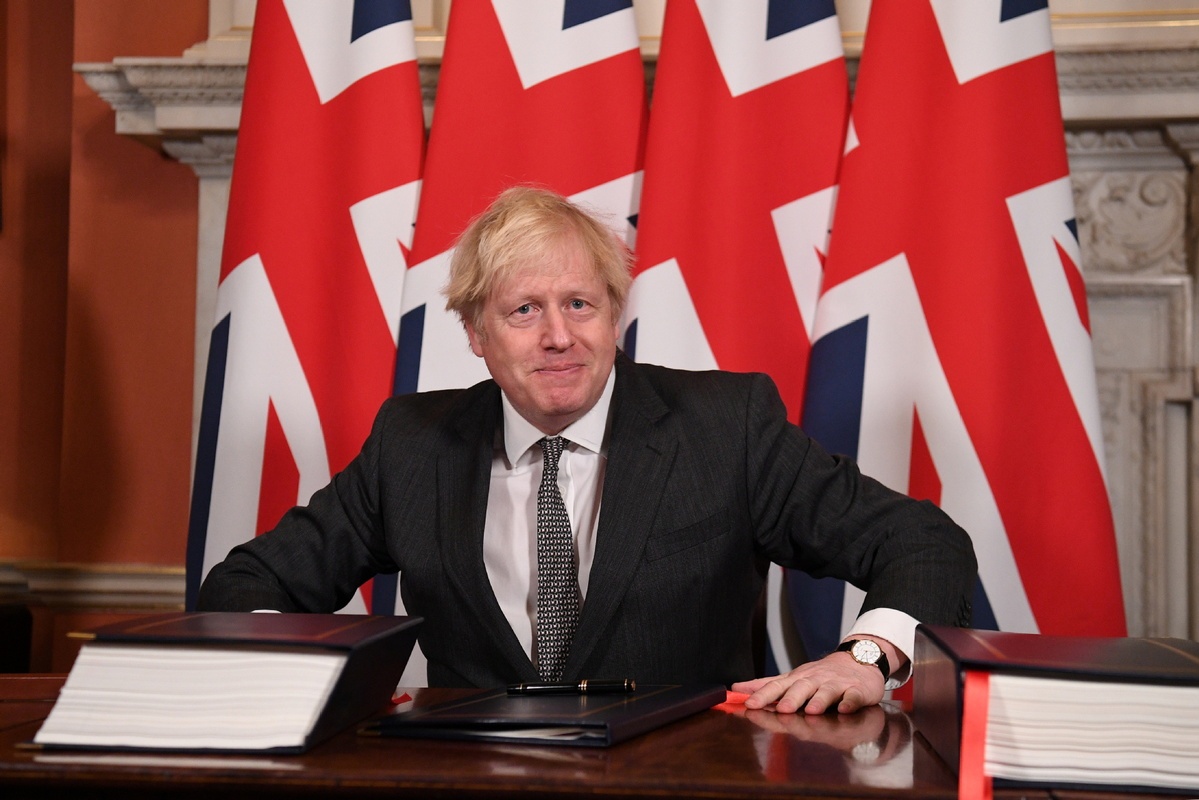 Johnson will call for a new global approach to pandemics, drawing on lessons from the divisions that characterised the initial international response to the coronavirus outbreak, according to a press statement released Saturday night by Downing Street.

"The solutions to the challenges we face -- from the colossal mission to get vaccines to every single country, to the fight to reverse the damage done to our ecosystems and lead a sustainable recovery from coronavirus -- lie in the discussions we have with our friends and partners around the world," Johnson said.

Noting that governments around the world have a responsibility to work together to put vaccines to the best possible use, he said, "I hope 2021 will be remembered as the year humanity worked together like never before to defeat a common foe."

Friday's meeting will be the first hosted by Johnson as part of Britain's G7 Presidency this year and the first gathering of G7 leaders since April 2020.

The prime minister will use the meeting, which will also be U.S. President Joe Biden's first major multilateral engagement since he took office, to call for leaders to work together on a global approach to pandemics that brings an end to the nationalist and divisive politics that marred the initial response to coronavirus.

Johnson will argue that the last 12 months of the pandemic have showed that no country can be safe until every country is safe from the pandemic, the statement said, adding that the rollout of vaccines offers a fresh opportunity to demonstrate the value of international cooperation.

The G7 leaders' meeting will be attended by the leaders of Britain, Canada, France, Germany, Italy, Japan and the United States, and the presidents of the European Council and the EU Commission, said the statement.

Britain will host the first in-person G7 summit in almost two years in June in Carbis Bay, Cornwall in southwestern Britain, according to a previous statement released by the British Foreign, Commonwealth and Development Office.