British Prime Minister Theresa May, frustrated with MPs' indecision, will ask Brussels on Wednesday for a short delay to Brexit, the BBC reported, citing a Downing Street official. 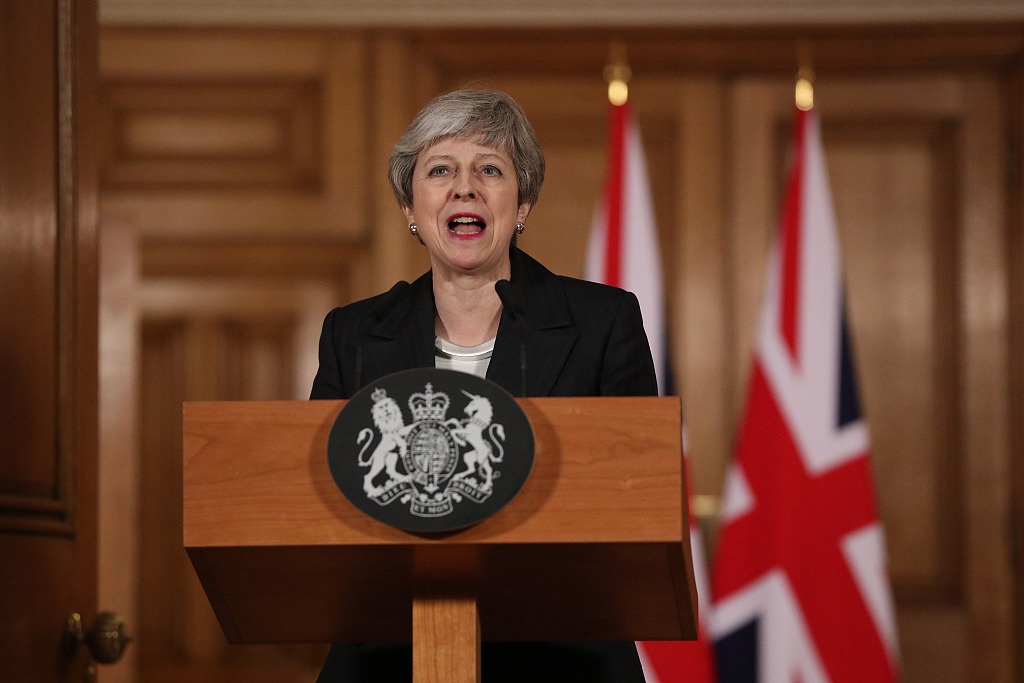 British Prime Minister, Theresa May addresses the nation after asking the European Union for a Brexit extension, at number 10 Downing Street on March 20, 2019 in London, England. (Photo: VCG)

With lawmakers deadlocked over the way forward on Britain's 2016 referendum decision to leave the European Union -- scheduled to take place in just nine days' time -- May will ask for a short delay, the BBC said.

"PM won't be asking for a long extension," it quoted a Downing Street official as saying on the eve of a summit with EU leaders in Brussels.

"There is a case for giving parliament a bit more time to agree a way forward, but the people of this country have been waiting nearly three years now.

"They are fed up with parliament's failure to take a decision and the PM shares their frustration."

Exasperated European leaders are demanding London tell them clearly what it wants, warning that the risk still remains that Britain could crash out of the bloc on March 29, ending its 46-year membership without formal arrangements.

The British premier is struggling to keep control of the Brexit process after MPs last week decisively rejected the EU divorce deal for a second time.

She has reluctantly accepted that Brexit must be postponed, amid fears of an economic shock if Britain ends its membership of the EU with no new arrangements in place.