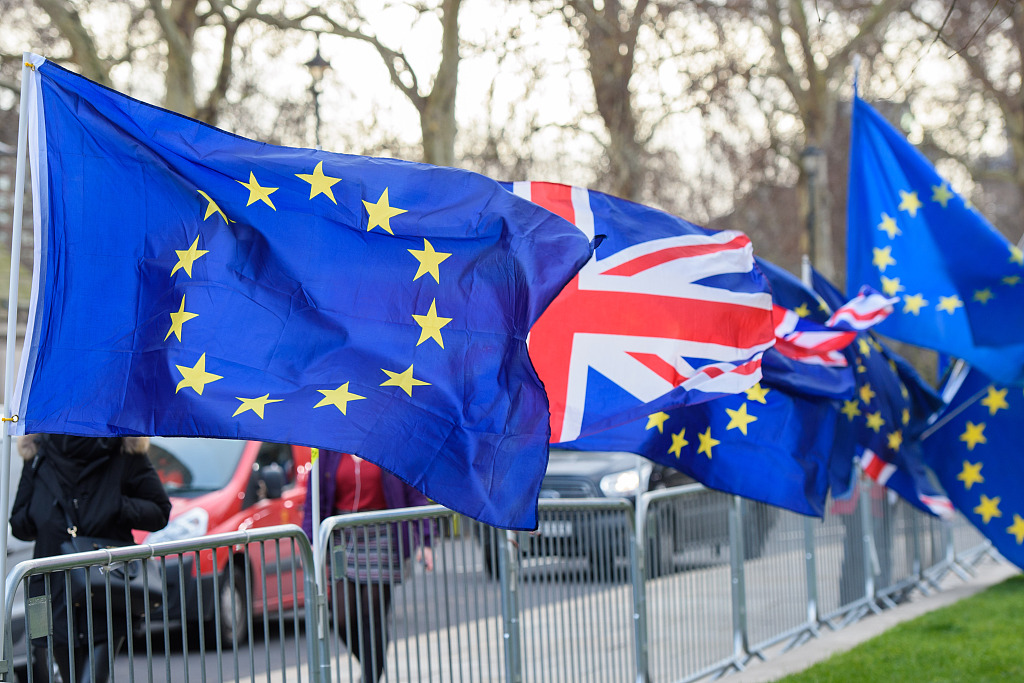 Johnson told delegates on the final day of the Conservative Party Conference in Manchester that the proposals sent to the EU are a compromise by the UK. "I hope very much that our (EU) friends understand that and compromise in their turn."

"If we fail to get an agreement because of what is essentially a technical discussion of the exact nature of future customs checks when that technology is improving the whole time, then let us be in no doubt that the alternative is no deal," he said.

Johnson added that a no-deal Brexit is "not an outcome we want ... but it is an outcome for which we are ready."

European Commission said in a statement that negotiation teams from the EU and Britian will meet in Brussels over the coming days to discuss details of the proposals.

European Commission President Jean-Claude Juncker spoke to Johnson by phone on Wednesday, saying that he welcomed Johnson's determination to advance Brexit talks ahead of the European Council meeting on Oct. 17.

Juncker "acknowledged the positive advances" while noting that "there are still some problematic points that will need further work in the coming days."

With regard to preventing a hard border, Juncker spoke of the need to protect the EU's single market and Ireland's place in it.

"The commission will now examine the legal text objectively, and in light of our well-known criteria," Junker said. "The EU wants a deal. We remain united and ready to work 24/7 to make this happen, as we have been for over three years now."

The EU's chief Brexit negotiator Michel Barnier said "there is progress" after receiving Johnson's proposals to remove the Irish backstop, adding that he was willing to work to reach a deal.

It said that while "the proposals do not fully meet the agreed objectives of the backstop," Varadkar would study the proposals in further detail.

"They are a cynical attempt to force through a No Deal Brexit," McDonnell said. "Boris Johnson has neither the intention nor ability to negotiate a deal or protect jobs and communities across the United Kingdom."

McDonnell called for a snap general election and a new Brexit referendum.

There was also a downbeat response to Johnson's plan from Scotland's Constitutional Affairs Secretary Michael Russell.

"It looks like these proposals are designed to fail and that the UK Government is intent on pursuing a 'no deal'," Russell said.

"This plan does not appear to be a serious basis for negotiation. The UK Government is pulling back from previous undertakings and demanding the EU makes concessions on its fundamental principles, which it will not accept," said Russell.

ANOTHER PROROGATION OF PARLIAMENT SOUGHT

On Wednesday, the Downing Street said in a statement that the government will seek another prorogation of parliament next Tuesday ahead of a Queen's Speech on Oct. 14.

The move comes over a week after the British Supreme Court ruled an earlier five-week suspension of parliament unlawful.

This time, the suspension is for just a few days to pave the way for Queen Elizabeth II to open a new session of parliament.

Downing Street said Johnson had set out a "fair and reasonable compromise" for removing the Irish backstop and securing Britain's exit from the EU.

Carolyn Fairbairn, director-general of the Confederation of British Industry said: "No Deal would be a historic failure of statecraft. We urge all sides to keep the door open on the chance to get Brexit done with a deal."