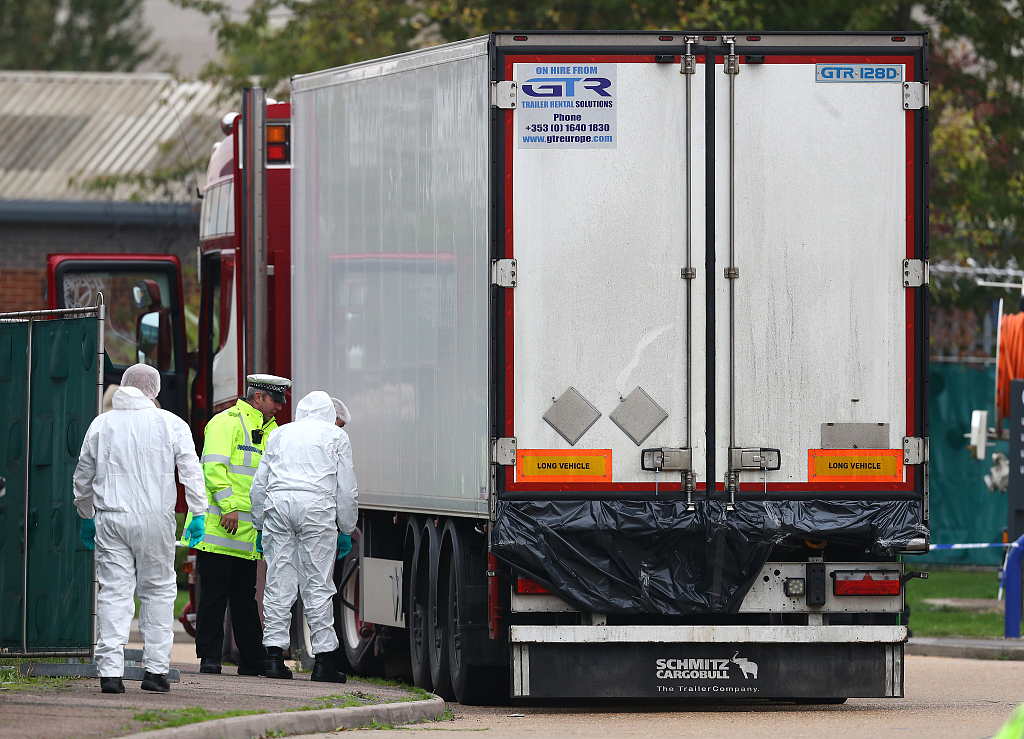 LONDON - British police said they had arrested two more people over the deaths of 39 people found in a truck, believed to be Chinese nationals, on suspicion of human trafficking and manslaughter.

A man and a woman, both aged 38, were arrested in Warrington, northern England, Essex police said. The driver of the truck, a 25-year-old man from Northern Ireland, remains in police custody having been arrested on suspicion of murder.