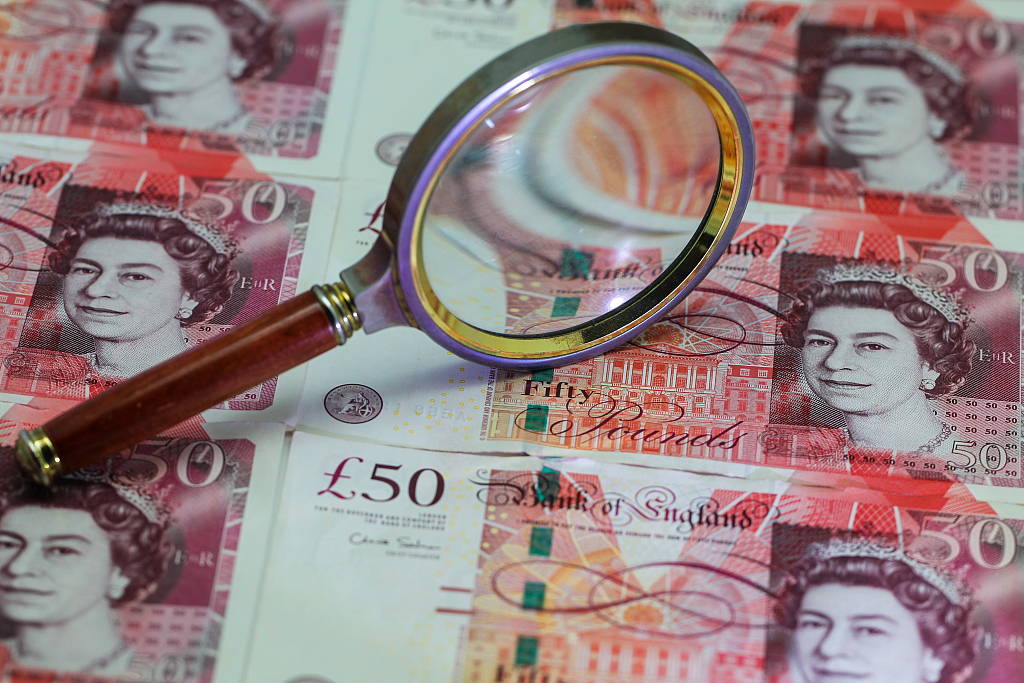 LONDON, Jan. 15 (Xinhua) -- The British pound stopped its decline and rebounded as an immediate response to the British parliament's overwhelming rejection of the Brexit deal on Tuesday evening.

Members of Parliament (MPs) voted 432-202 against the Brexit deal reached between the British government and the European Union after a five-day debate, creating the loss that is said to be the biggest defeat for a British government since 1920s.The pound had been relatively calm until noon as British media widely expected the failure of the deal as a "done deal". However, the currency faced more downward pressure in the afternoon and dropped 1.24 percent against the US dollar to trade at 1.27 by the time the key vote began.Within one hour after the defeat of the Brexit deal was announced, the pound gained its loss against the US dollar and rose slightly later. It had been up 0.6 percent against the euro for a while.While many analysts agreed the rejection of the deal would mean more uncertainties to come before Brexit due on March 29, which will lead to volatility of the currency, some did foresee the rejection of the deal might become positive for the pound."However, a rejection of the vote may also prove positive for the pound if investors believe it will lead to a delay to Brexit or potentially even resulting in the UK remaining within the EU - it all depends on the margin of loss with the vote," said Luke Trevail, currency analyst at TorFX, before the vote.British Prime Minister Theresa May has three sitting days to return to parliament with a "Plan B". Labor leader Jeremy Corbyn tabled a motion of no confidence in the government following the deal defeat. The motion will be debated in the Commons on Wednesday.To forecast the future trend of the currency, banking and financial services corporation ING predicted that a delayed Bexit or a second referendum could be sterling positive while a snap election or a no-deal Brexit would be bad options for the currency.Monex Europe, a UK-based foreign exchange firm, said the pound could rise in the coming weeks, despite continuing political uncertainty.Trevail believed things become a bit more muddled when the deal is rejected, as observers predict a range of different Brexit outcomes. "The most sterling-negative outcome is if the UK crashes out of the EU without a deal, with a no-deal Brexit being the default outcome if MPs cannot agree to an alternative plan."