LONDON, Aug. 28 (Xinhua) -- Queen Elizabeth, who's on holiday at Balmoral Castle in Scotland, announced Wednesday she has given her consent to the request of Prime Minister Boris Johnson to suspend the British Parliament. 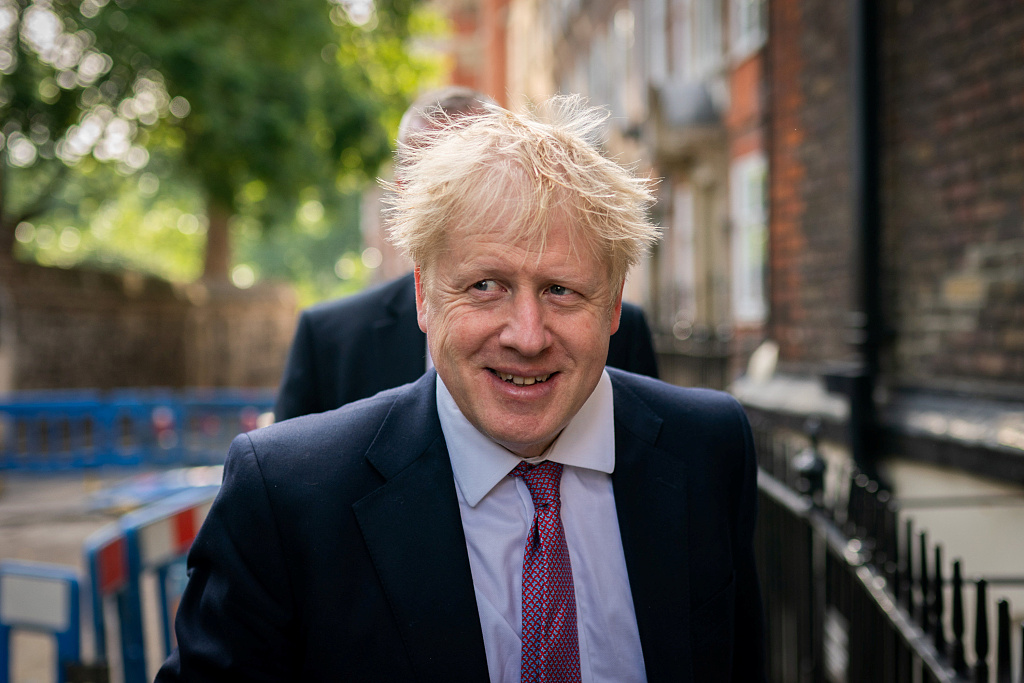 It means the House of Commons will sit only for a few days after it returns next Tuesday from its summer recess. Parliament will then resume with a State Opening of Parliament by the British monarch on Oct. 14, just over two weeks before Britain's planned departure from the European Union (EU).

A petition opposing the suspension, known as the prorogation of parliament, gathered hundreds of thousands of signatures within hours of it being launched and is expected to exceed more than a million names by the end of the day.

The formal notification came from Balmoral Castle stating that the Queen had consented to the prorogation of the British parliament no earlier than Sept. 9 and no later than Sept. 12, and resuming on Oct. 14.

Media reports said the meeting was attended by veteran Conservative MP, and Brexiteer campaigner, Jacob Rees-Mogg, in his official capacity of as Privy Councillor and Lord President of the Council of Privy Councillors.

The leader of the House of Lords Natalie Evans and the Chief Government Whip Mark Spencer also attended the brief meeting with the Queen in Scotland.

"They said it appeared to be designed to evade scrutiny of his plans for Brexit or any new deal with the EU," said the Guardian.

Parliamentary expert Ruth Fox, the director of the Hansard Society, described the shutdown as an affront to parliamentary democracy.

Legal experts are looking at ways of using the law to block the suspension of parliament.

He said: "The government's decision is a constitutional outrage. A government which is frightened of parliament, is frightened of democracy. I hope that every member of parliament, in feeling this humiliation, will use every legal and constitutional weapon to obstruct a government proposing to force on the British people a historic change for which they have long since lost any mandate."