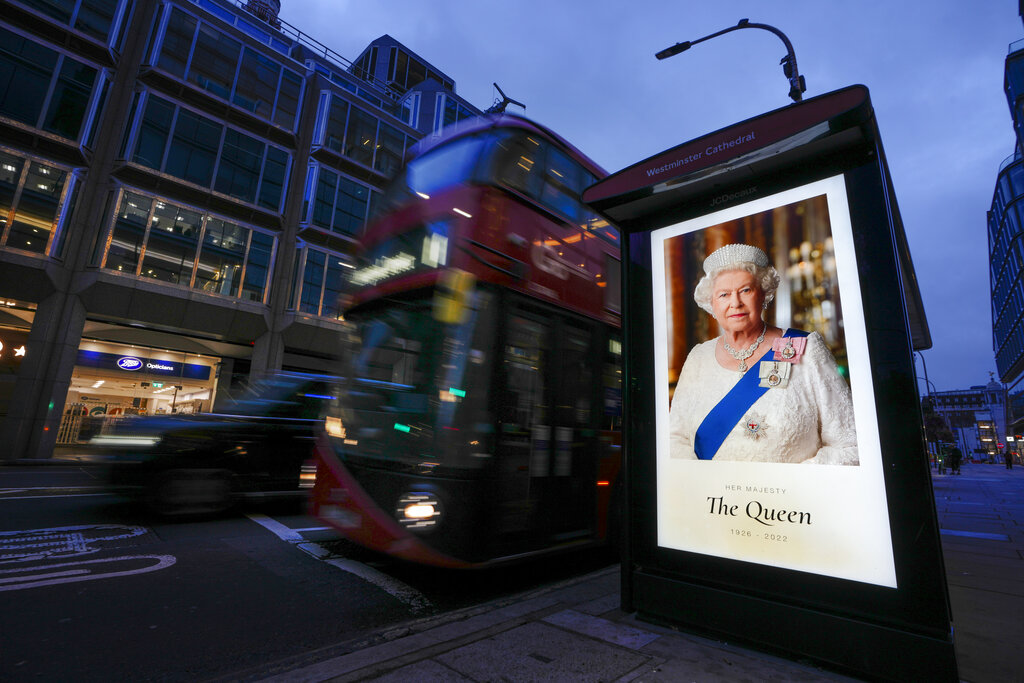 King Charles III and the royal family on Friday began observing a mourning period for Queen Elizabeth II that will last until seven days after her state funeral, royal officials said.

"Following the death of Her Majesty The Queen, it is His Majesty The King's wish that a period of Royal Mourning be observed from now until seven days after The Queen's Funeral," the palace said in a statement.

"The date of the funeral will be confirmed in due course," it added.

The mourning period will be observed by members of the family, household staff and troops committed to ceremonial duties.

Flags at royal residences will remain at half-mast until the morning after the final day of royal mourning.

Royal gun salutes will be fired in London on Friday at 1:00 pm (1300 GMT) in Hyde Park and at the Tower of London, with one round fired for each year of her 96-year-long life.

Royal residences will close until after the funeral.

Officials advised people wanting to lay flowers at Buckingham Palace to do so at dedicated sites in the nearby Green Park or Hyde Park.

An online Book of Condolence has been opened on the official royal website, royal.uk.

Details of official national mourning will be confirmed by the government later.