Hundreds of British tourists forced into quarantine in the Swiss ski resort of Verbier fled in the night rather than seeing their holidays go downhill, the local municipality said Sunday. 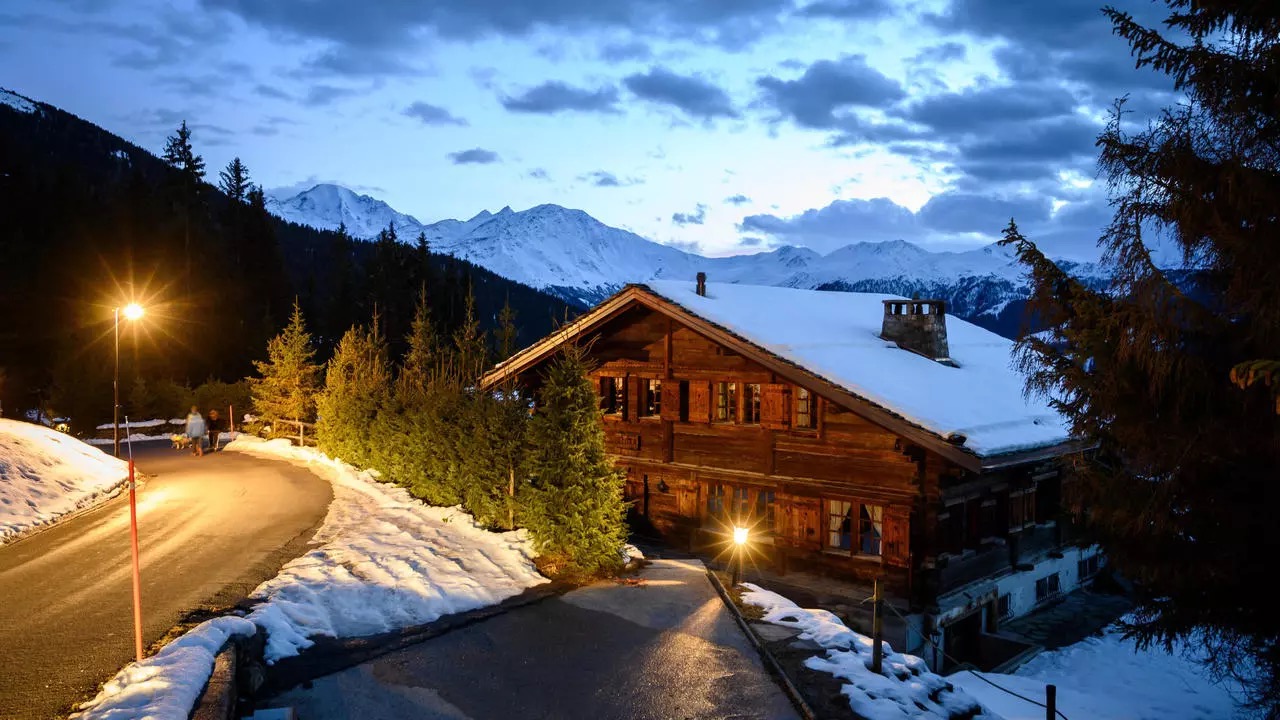 Switzerland's ski resorts were set to boom with snow-seeking British tourists -- but a flight ban due to the new Covid-19 variant raging in England put those plans on ice. (Photo: AFP)

Around 200 of the 420 or so affected British tourists in the luxury Alpine ski station quit under the cover of darkness, the SonntagsZeitung newspaper reported.

Switzerland's ski resorts were set to boom with snow-seeking British tourists -- but a flight ban due to the new Covid-19 variant raging in England put those plans on ice.

The drastic ruling by the Swiss government also included a 10-day retroactive quarantine for anyone who arrived from Britain since December 14, following the discovery of a new variant of the coronavirus which experts fear spreads more quickly.

Some of the British tourists affected in Verbier left immediately, while others stuck it out for a bit before quitting.

"Many of them stayed in quarantine for a day before they set off unnoticed under the cover of darkness," Jean-Marc Sandoz, spokesman for the wider Bagnes municipality, told SZ.

He called the whole situation "the worst week our community has ever experienced".

British tourists normally make up 21 percent of the Verbier clientele, and most start pouring in just after Christmas.

Voted Switzerland's best ski resort for the past two years, Verbier markets itself as offering "adrenaline-packed thrills, simple pleasures and a chic lifestyle".

The Verbier Tourist Office has been holding daily crisis cell meetings to try to deal with the ever-changing coronavirus picture.

"It was when they saw the meal trays remained untouched that the hoteliers noticed that the customers had gone," Sandoz told ATS news agency.

He said that according to a Saturday survey of the ski resort's hotels, fewer than 10 people would still be in quarantine.

The rest would either have left or their quarantine time would have expired.

"We can't blame them. In most cases, quarantine was untenable. Imagine four people staying in a hotel room of 20 square metres," Sandoz said.

He said the tourists left feeling "a little angry with Switzerland" and with the sense of having been "trapped".

Flights between Switzerland and the two countries were halted on Monday, but the first outbound flights from Zurich to Britain resumed on Thursday.

Two cases of the new British coronavirus variant have been detected in Switzerland and one in neighbouring Liechtenstein, the Swiss health ministry said Sunday.

Two cases of the new South African variant of SARS-CoV-2, the virus which causes Covid-19, have also been detected, the ministry said.