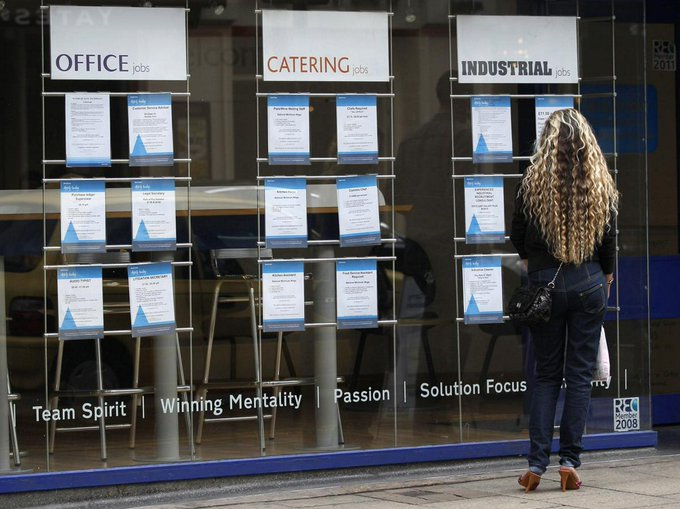 LONDON, Dec. 17 (Xinhua) -- The British unemployment rate was estimated at 3.8 percent in the three months to October 2019, hitting its joint-lowest point since the end of 1974, according to figures released Tuesday by the Office for National Statistics (ONS).

Figures showed from August to October 2019, an estimated 1.28 million people were unemployed, 93,000 fewer than the same period a year earlier and 673,000 fewer than five years earlier.

"Unemployment rates have generally been falling for the last six years,"said ONS.

Meanwhile, the employment rate in Britain was estimated at 76.2 percent in this period, 0.4 percentage point higher than the same period last year.

The employment rate for men was 80.4 percent, that for women was 72.0 percent.

"The increase in the employment rate for women in recent years is partly a result of changes to the State Pension age for women, resulting in fewer women retiring between the ages of 60 and 65 years," stated ONS.