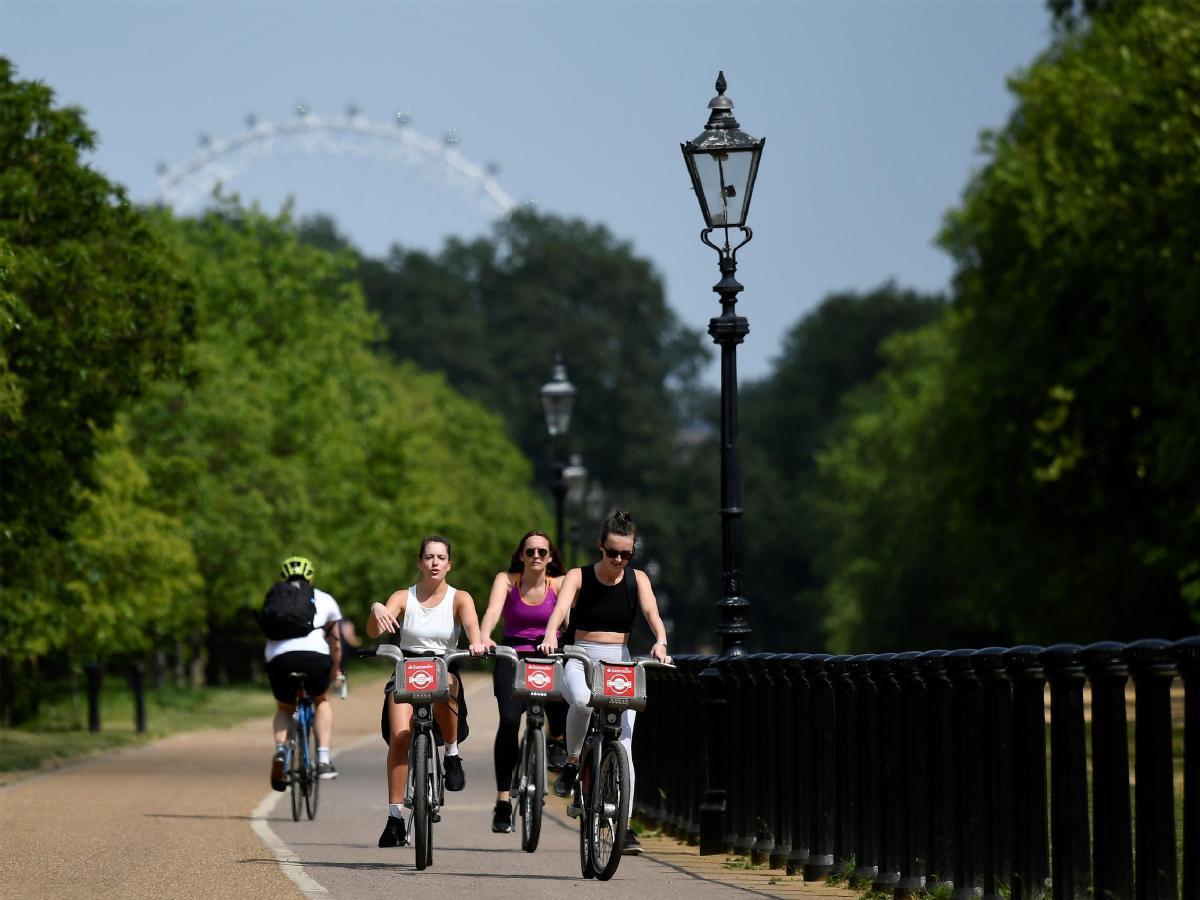 Rental bikes are used on a cycle path in Hyde Park, London, May, 2020. [Photo/Agencies]

Olivia Vaughan-Fowler is at war with foxes. She has been gardening more than ever during the COVID-19 lockdown, and most nights the creatures will drop by to dig up the fruits of her labor.

She has tried a number of deterrents ranging from the conventional (fencing) to the creative (a model owl decoy). She is hoping a newly purchased motion-sensored sprinkler will do the job.

"Lockdown has given me the space and time to be very multifarious," said Vaughan-Fowler, a London-based product strategist. "I've enjoyed making clothes, and making green things grow."

Like many Britons, Vaughan-Fowler's daily routine has changed dramatically since the COVID-19 pandemic hit. She no longer journeys around the city on public transport for work meetings, a huge time-saver that has allowed her to start a small business called Not-So-Long Johns, where she makes children's garments out of repurposed fabrics.

"A less traditional routine has made me very happy," she said.

Surveys have revealed an uptick in environmentally friendly behaviors during the lockdown in the United Kingdom, including gardening, cycling, and meal planning, and transport consultancy Sia Partners has reported a 60 percent reduction in passenger vehicle emissions.

Research conducted by Manchester and Cardiff universities suggests that most Britons intend to maintain a greener lifestyle when society starts to open up again.

Out of 1,800 people surveyed in the study, 63 percent said they spent nothing on clothes and footwear from March to May, up from 9 percent over the three months before lockdown. There has also been a marked increase in meal planning, a small but detectable reduction in meat consumption, and 92 percent of those surveyed said they are now wasting less food.

"Our surveys demonstrate that lockdown has provided the public with opportunities to try out low-carbon behaviors, like working and socializing online, spending more time on creative hobbies and gardening, buying less, and cutting food waste," said Lorraine Whitmarsh, director of the UK Centre for Climate and Social Transformation at Cardiff University.

Hannah McClean, an actress from Northern Ireland, said that she now mostly gets around by walking and cycling, whereas before lockdown her bicycle had been "gathering dust".

"I can see myself sticking with that," McClean said.

Researchers said they expected that climate concerns would take a back seat during the COVID-19 crisis, but they have found the opposite to be true. In the survey, 72 percent of respondents said that climate change should be addressed with urgency, compared to 62 percent in August last year.

"Lockdown really got me in touch with my own resourcefulness,"Amber Anderson, a London-based actress, said. "For years I've been someone who travels a lot and primarily eats out, but the pandemic forced me into my own kitchen."

However, Claire Hoolohan, a social scientist at Manchester University, said that while the survey revealed that people enjoy some aspects of lockdown, many reported experiencing feelings of stress and guilt while "trying to balance caring responsibilities and work".