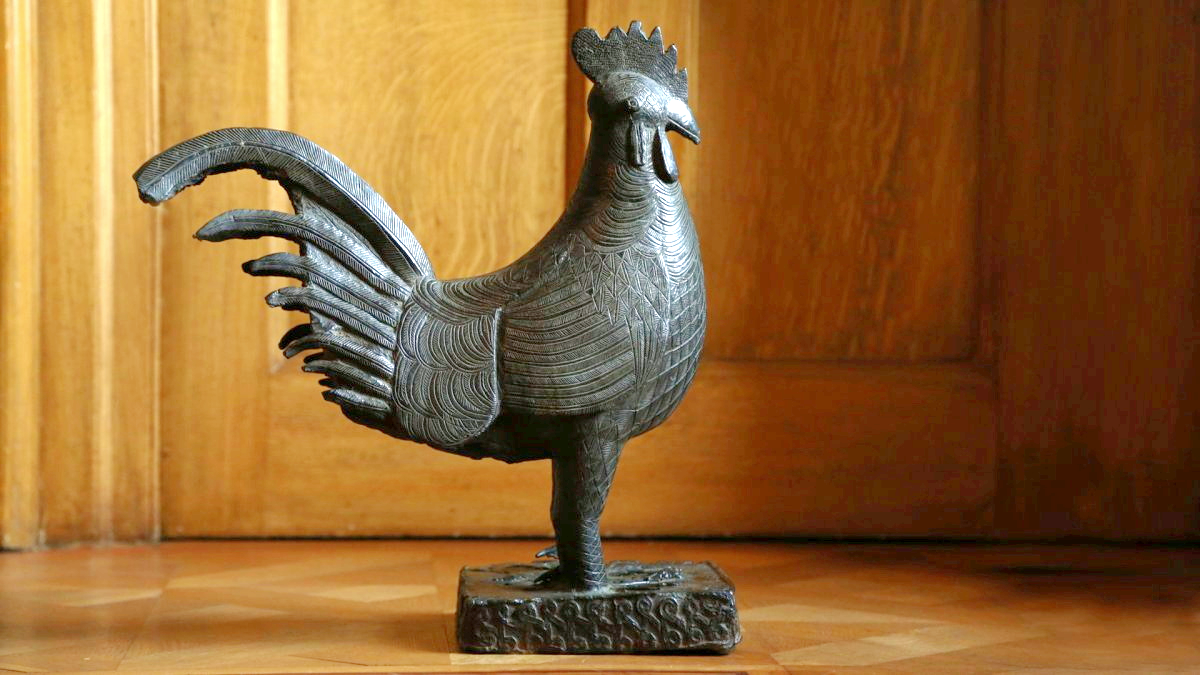 The Cambridge cockerel which is being returned to Nigeria.

October 2021 might be a landmark date in the history of art, and the relationship between Europe and Africa. At the end of the month France will return a collection of statues and sculptures to modern day Benin. And on Wednesday it was announced the University of Cambridge in the UK would send its own West African "Bronze" back to Nigeria, where the historic kingdom of Benin once had its seat.

It's an important moment in the history of so-called "Benin Bronzes" which have been at the center of recent campaigns to return stolen imperial-era artefacts to their original owners.

Jesus College, Cambridge said it would return a statue of a cockerel which was looted by invading British troops in 1897, during the imperial period known by some as the "Scramble for Africa."

"This is the right thing to do out of respect for the unique heritage and history of this artefact," Sonita Alleyne, Master of Jesus College said.

Nigeria's government thanked the college, but hoped the decision would spur others into action.

"We thank Jesus College for being a trailblazer and we look forward to a similar return of our artefacts by other institutions that are in possession of them," said Lai Mohammed, Nigeria's Minister of Information and Culture.

However large institutions such as The British Museum have been reserved in statements about their collections.

Recently the London museum said it would be open to "opportunities for sharing and displaying" artefacts, but has made no mention of giving up ownership of the collections.

What is a "Benin Bronze"?

The term "Benin Bronzes" can be confusing, as it is sometimes used as a catch-all term for Bronze and other sculptures from the pre-imperial era in West Africa.

The Kingdom of Benin existed in what is now Nigeria, not the modern state Benin, which is where the old country Dahomey once stood.

In Paris on Wednesday President Emmanuel Macron is set to attend an event to officially begin the handover to Beninese authorities.

The 26 pieces were stolen by French troops in 1892, and the president's office said the action "marks an important step in building a new relationship between France and Africa," which has been at the forefront of Macron's foreign policy since he took office in 2017.

The Quai Branly museum in central Paris holds more than 300,000 objects of African origin, and this repatriation is part of an attempt "to identify works believed to have been taken through violence, without the owners' consent, or as war booty or through the coercion of the colonial administration."

Quai Branly is holding a "week of Benin culture" which includes a free exhibition of the 26 Beninese pieces for a final time before they are shipped back to Benin's capital Porto-Novo.

Earlier this year Germany's government agreed to return a selection of statues to Nigeria, but the French repatriation is the largest and most significant to date.