WORLD Brussels delays decision on whether gas is green

Brussels delays decision on whether gas is green 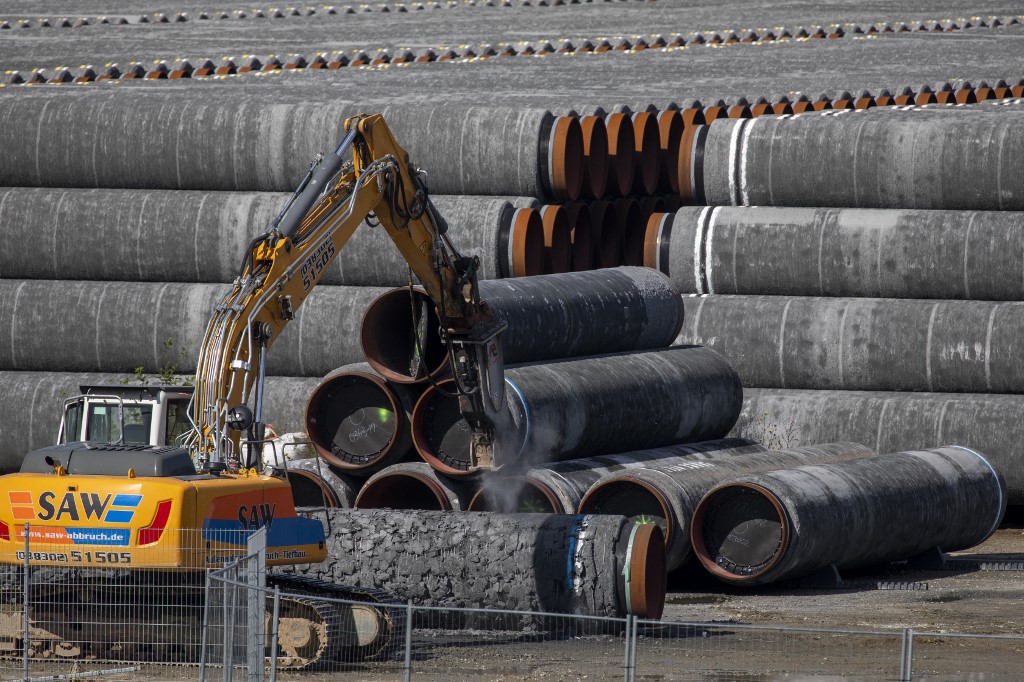 This file photo taken on September 7, 2020 shows gas pipes bound for the Russian pipe laying vessel Akademik Cherskiy (not in picture) that is moored in the port of Mukran near Sassnitz on the Baltic Sea island of Ruegen, north eastern Germany, as the ship waited to continue pipe laying works for the Nord Stream 2 natural gas pipeline. (Photo: AFP)

The European Commission said Wednesday it postponed a decision on whether to include power from nuclear and natural gas in its list of permissible green investments.

The EU is setting up a huge fund to pay for a transition to cleaner energy, but member states and climate activists are divided over some key technologies.

"Nuclear and gas are not part of the taxonomy which we are putting forward today," EU vice-president Valdis Dombrovskis told reporters, adding that work will continue over the middle of the year during Europe's summer.

Some EU member states want to phase out their coal-fired power plants by using more natural gas, which is seen as more efficient and cleaner but is still a fossil fuel.

Other capitals want to use the EU package to support their nuclear sector, but environmentalists and many MEPs insist the bloc must use to fund for renewable energy.

The Commission published its proposal on Wednesday as expected, but decisions on these sensitive topics were missing, leaving much horse-trading ahead.

The plan was to have been a "delegated act", meaning that it would become law unless member states or the European Parliament rejected it.

But the place of gas and nuclear power in the so-called "taxonomy list" defining green investments may now need to be tackled by ordinary legislation, which would be haggled over by diplomats, lawmakers and lobbyists.

"I mean, the choice was to perhaps do nothing until everything was complete. And really, we don't have time for that," said EU financial services commissioner Mairead McGuinness, explaining why the taxonomy list on Wednesday did not address nuclear and gas.

"So I think when we're covering 80 percent of greenhouse gas emissions by this first delegated act in the taxonomy, I think that is a huge step. And there will this year be further steps in that direction."

Dombrovskis said that scientific studies would continue and an assessment could "still come in the second half of the year".