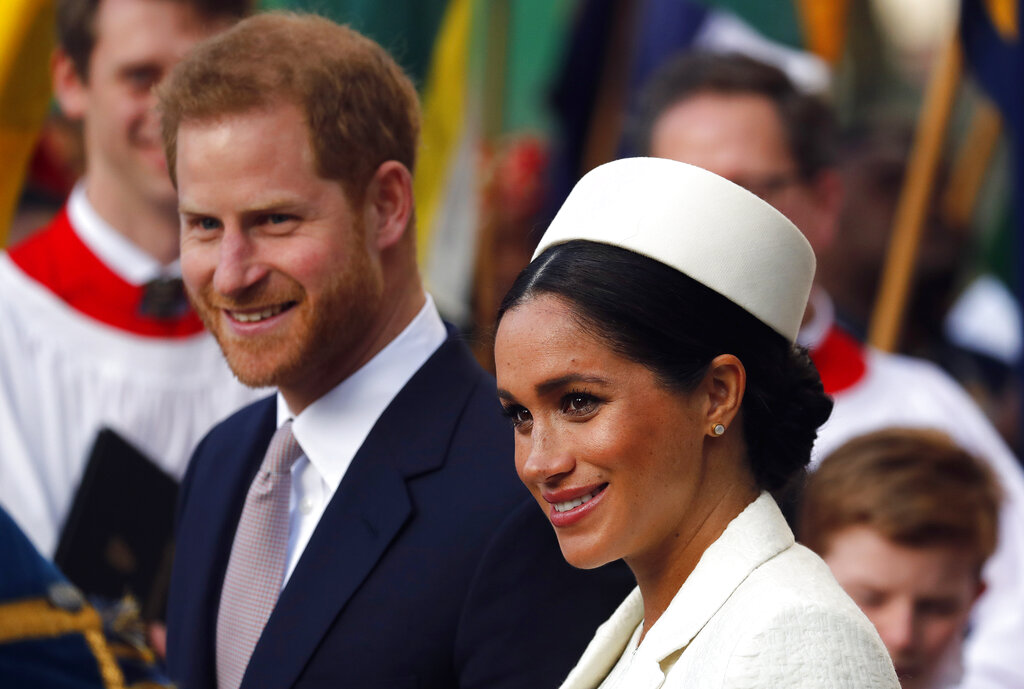 In this Monday, March 11, 2019 file photo, Britain's Prince Harry and Meghan, the Duchess of Sussex leave after the Commonwealth Service at Westminster Abbey in London. (Photo: AP)

The 37-year-old Duchess of Sussex, who was an American actress known as Meghan Markle before she joined the British royal family, and Harry haven't disclosed the planned location of the birth. But they ruled out the London hospital where the prince, older brother William and William's three children with Kate, Duchess of Cambridge were born.

Buckingham Palace said Harry was by Meghan's side.

Throughout Meghan's pregnancy, the couple never revealed the due date and said they decided not to find out the baby's sex in advance.

The infant will be seventh in line to the British throne and Queen Elizabeth II's eighth great-grandchild. Harry is the younger son of Prince Charles, the next in line to the throne, and the late Princess Diana.

The child will be eligible for dual British-US citizenship if Meghan wants to go through the application process.

Harry and Meghan married at Windsor Castle a year ago this month. In April, they moved from a house on the London grounds of Kensington Palace to Frogmore Cottage, which is on the property near Windsor Castle where they held their wedding reception.

Journalists and well-wishers have camped out for days in Windsor, about 35 kilometers (22 miles) west of London, awaiting the baby's arrival. Kensington Palace has said the new parents don't plan to pose for a photograph or appear in public with their baby for several days.

Meghan, a California native, had a starring role on the American TV series "Suits." She had a previous marriage that ended in divorce and has strong feminist views. As the daughter of a black mother and a white father, she says she identifies as biracial.