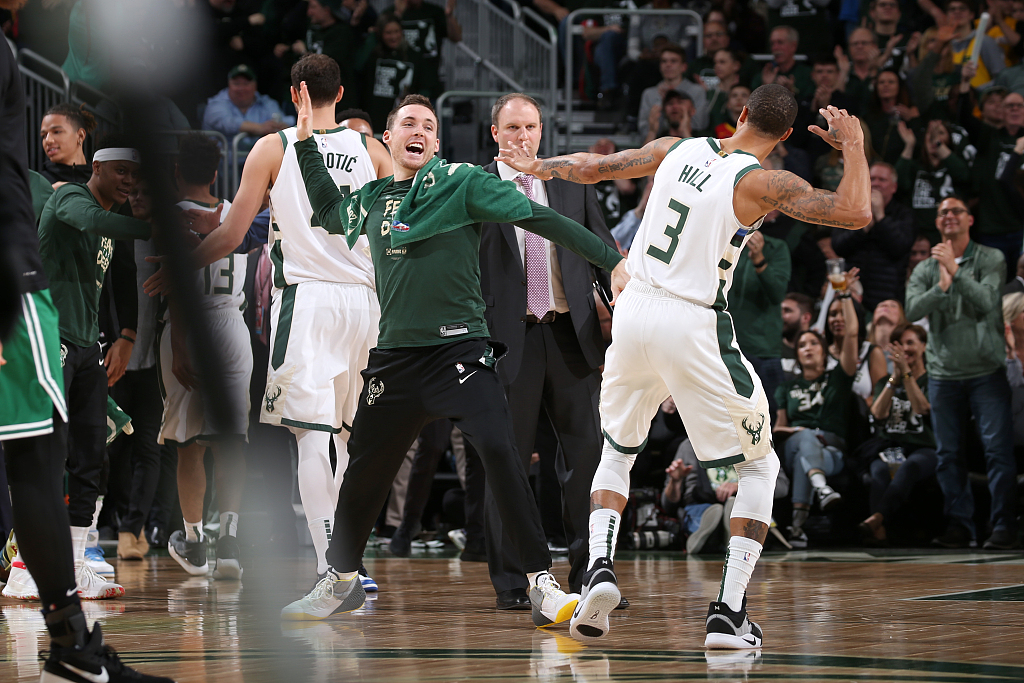 Pat Connaughton #24 and George Hill #3 of the Milwaukee Bucks high five during Game Five of the Eastern Conference Semifinals of the 2019 NBA Playoffs against the Boston Celtics on May 8, 2019 at the Fiserv Forum in Milwaukee, Wisconsin. (Photo: VCG)

Milwaukee became the first team to reach the NBA's final four as the top-seeded Bucks beat the visiting Boston Celtics with a 116-91 series-clinching victory on Wednesday.

The Bucks used balanced scoring and a stingy defense to eliminate the fourth-seeded Celtics in five games, avenging a seven-game first round loss to Boston last season.

The Celtics had reached the NBA semi-finals against the Cleveland Cavaliers each of the last two seasons.

It marks the first time since 1983 that the Bucks have won a playoff series against the Celtics, who won the first game in this year's series before dropping four consecutive contests.

Milwaukee advances to the Eastern Conference finals, where they will have the home-court advantage over the winner of the other East second round series between the Toronto Raptors and the Philadelphia 76ers.

They meet in a game six in Philadelphia on Thursday, with the second-seeded Raptors holding a 3-2 lead.