As Philippine President Rodrigo Duterte embarks on his fifth visit to China, analysts expect the countries will speed up their cooperation, especially on infrastructure development. 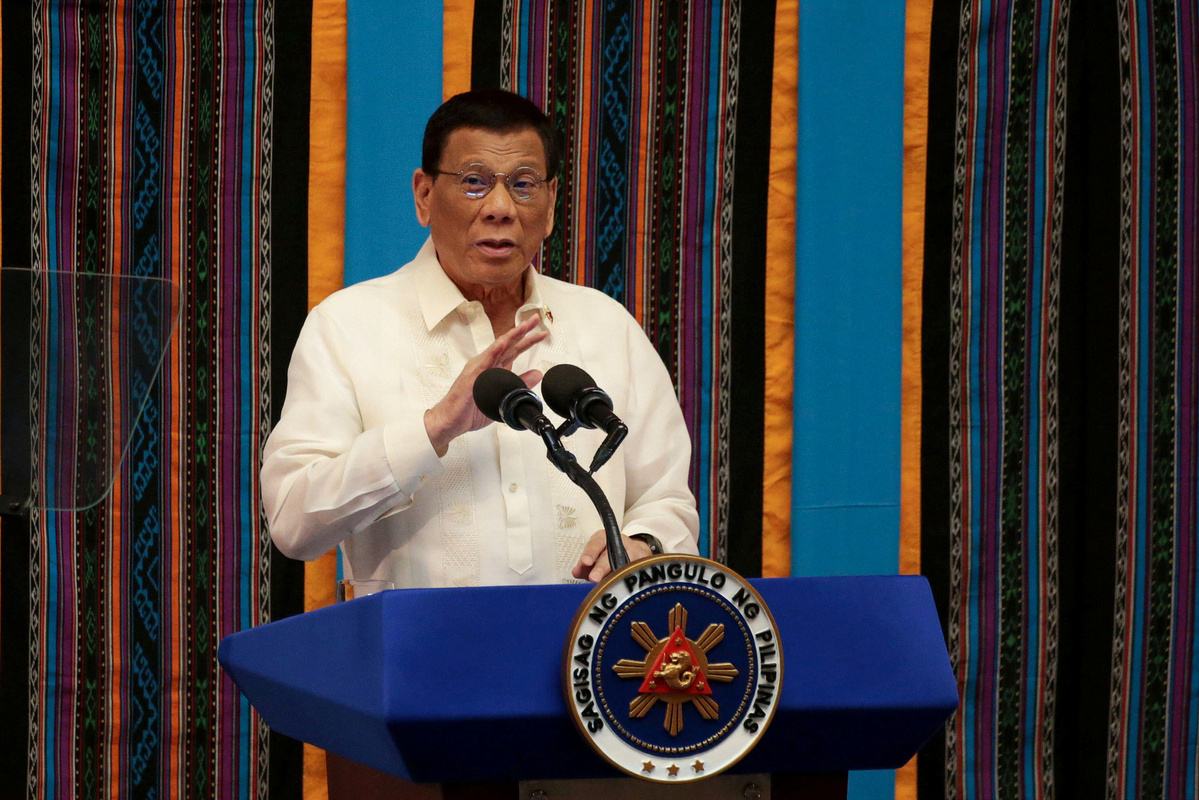 China remains a crucial source of funding for the Philippines' flagship infrastructure projects, a key component in the Southeast Asian nation's thrust to become an upper-middle-income economy by 2022.

Philippine Foreign Affairs Assistant Secretary Meynardo Montealegre said in a news conference that Duterte will be discussing with Chinese leaders "how to accelerate the pace of our functional cooperation in terms of concrete projects" during his visit from Wednesday to Sunday. China's Foreign Ministry spokesman Geng Shuang said the Philippines is "China's friendly neighbor and important partner for the Belt and Road Initiative".

According to the Philippines' National Economic and Development Authority, China has committed to finance 12 of the 37 approved infrastructure projects included in "Build, Build, Build" - Duterte's centerpiece economic program. Three of these projects are now under construction - the Binondo-Intramuros Bridge and Estrella-Pantaleon Bridge, both in Manila, and the Chico River Pump Irrigation Project in northern Philippines. China has extended more than $120 million worth of loans and grants for these three projects.

He cited Chinese President Xi Jinping's visit to Manila in November, where infrastructure cooperation was high on the agenda.

China and the Philippines signed 29 cooperation documents during Xi's state visit, 11 of which are infrastructure-related. These include an infrastructure cooperation program; joint development of industrial parks; feasibility studies for roads and bridges projects in central and southern Philippines; and a loan agreement on the New Centennial Water Source-Kaliwa Dam Project.

"Chinese infrastructure investments can have a big impact in the fields of renewable energy, establishment of economic zones, manufacturing, telecommunications and digital commerce," Pitlo said.

Jun Calaycay, research head of Manila-based brokerage Philstocks Financial, said Duterte's belief in China's financial support, coupled with "equally consistent affirmation of the same by China, underlines the import of such funds and other forms of assistance".

Duterte's election in 2016 has spurred massive infrastructure spending, aimed at boosting growth and slashing the incidence of poverty. Under the Build, Build, Build program, the Philippine government has planned to spend up to 8 trillion pesos ($152.6 billion) on priority infrastructure projects during Duterte's six-year term.

The Philippines tapped foreign funding to augment its infrastructure budget, with China one of the top contributors. On a visit to Beijing in March, Dominguez thanked China for its "generous support for our Build, Build, Build program over the past two years".

"This has greatly helped push our infrastructure projects forward," he said during the visit.

Dominguez said the Philippines and China are also working to implement two rail projects: the 71-kilometer Subic-Clark Railway Project that will cross through the northern Philippine island of Luzon, and the Mindanao Railway Project in the south.

He added that the Davao City-Samal Island Bridge project in Mindanao and the Panay-Guimaras-Negros inter-island bridge project in central Philippines were in the pipeline for possible Chinese financing.

He cited Cordillera and Central Luzon regions in northern Philippines, and the Davao region, as the top economic performers in 2016-18 thanks to new roads and bridges.