WORLD Building collapse death toll in US Florida rises to 5

Building collapse death toll in US Florida rises to 5

WASHINGTON, June 26 (Xinhua) -- The death toll from the partial collapse of a 12-story residential building in the U.S. beachside town of Surfside, southeastern state Florida, has risen to five, authorities said on Saturday. 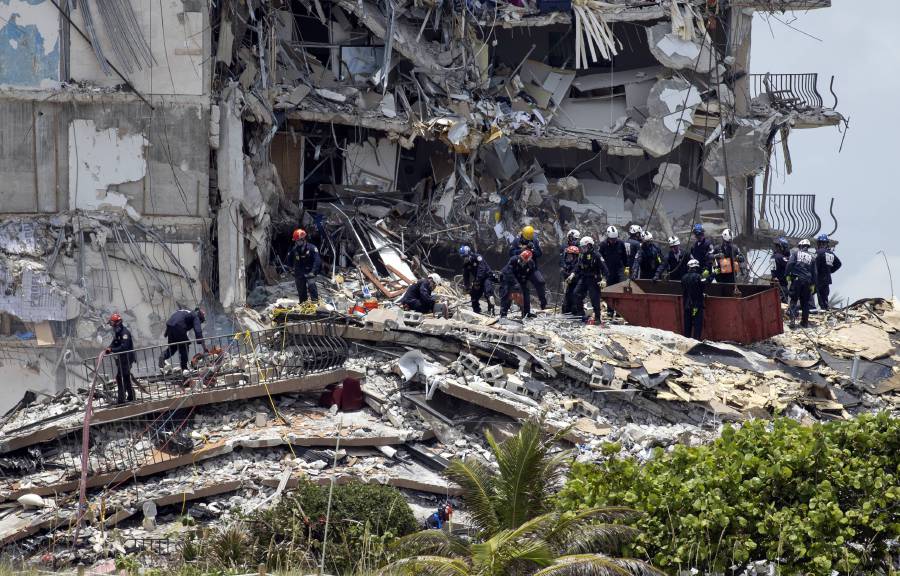 "Our search has revealed some human remains," said the mayor, adding that there are now 130 people accounted for and 156 unaccounted for.

"Our top priority continues to be search and rescue and saving any lives that we can," she added. Fire and smoke deep within the mountain of rubble hampered search efforts through Saturday.

The Champlain Towers South condominium, built in 1981, partially collapsed around 1:30 a.m. local time (about 0530 GMT) on Thursday in Surfside, around 9.6 km north of Miami Beach.

About 70 of the condo's 130 apartments were destroyed or damaged, according to Frank Rollason, director of Miami-Dade Emergency Management.

A CNN report said nearly three years before the collapse, a structural field survey found that there was "major structural damage" to the concrete slab below the pool deck and "cracking and spalling" in the parking garage.

"The waterproofing below the pool deck and Entrance Drive as well as all of the planter waterproofing is beyond its useful life and therefore must all be completely removed and replaced," the October 2018 report read.

The survey also noted that "many of the previous garage concrete repairs" were "failing."

The first lawsuit, seeking 5 million U.S. dollars in damages for the victims of the condo collapse, was filed late on Thursday.