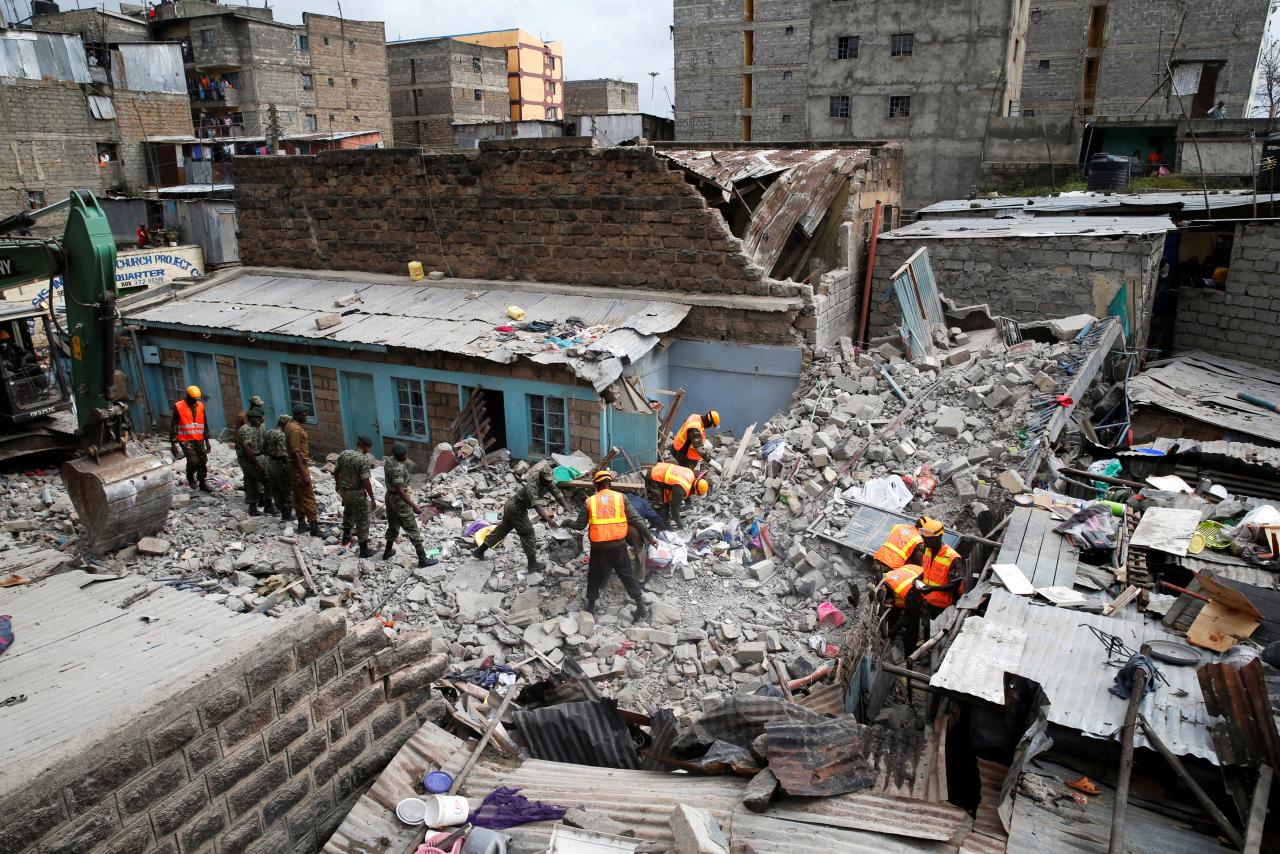 Rescue workers search the rubble of a collapsed five-storey building where at least three people have been confirmed dead and several are feared trapped inside, in a residential area of Nairobi, Kenya, June 3, 2018 (Photo: Reuters)

At least three people were killed after a five-story building collapsed in the Kenyan capital Nairobi in the early hours of Sunday, officials said.

It was not immediately clear what caused the collapse but the authorities say 30,000 to 40,000 buildings built without approval in the capital are at risk, and dozens have died in similar disasters in recent years.

Rescue workers combed through the rubble of the building in the central Huduma district.

“Until now, three people have lost their lives. Two were pulled out of the rubble in the morning and about an hour ago another man was found in the rubble,” the Mathare County’s Deputy Commissioner Patrick Mwangi told reporters.

“The operation is almost concluding and we hope that no one else is trapped or hurt in this tragedy,” he said.

“(A) decision has been made that some of them will be knocked down straight away,” he said.

A year earlier, 49 people were killed when their building collapsed during a heavy, night-time downpour in a poor neighborhood.