Bulgarian Prime Minister Boyko Borisov said Saturday that EU borders might remain open for seasonal workers but he was against labour transfers that pose a risk for spreading the novel coronavirus. 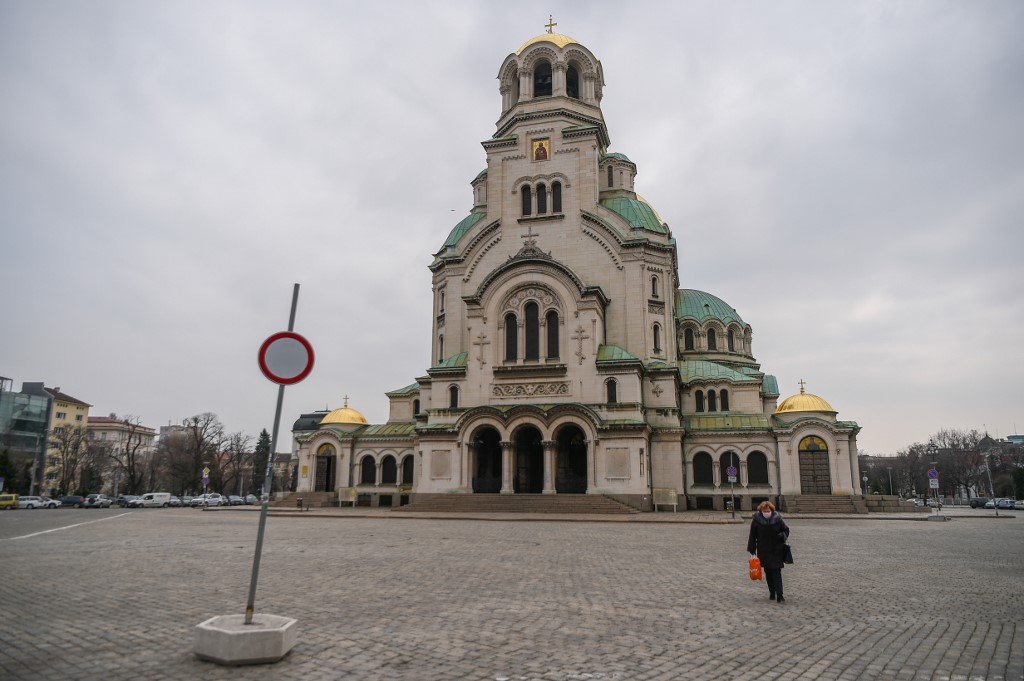 An elderly woman wearing a protective face mask walks in front of the Aleksandar Nevski Cathedral in Sofia on March 31, 2020. (Photo: AFP)

"As to free movement, I have one official stance and it is that freedom of movement is included in the EU charter (of fundamental rights)," Borisov told journalists Saturday.

"Beyond official protocol, however, I consider that it is not fair (for Bulgarians) to go to work in Austria, for example, as carers, to earn I don't know how much but money that is well earned, and when their contracts end to come here, carrying the infection (...) and everyone else should pay for them. Is that fair? No," he added.

The European Union released earlier this week a list of "critical workers" -- such as health workers, truck drivers hauling food, and seasonal workers picking fruits and crops -- who must be allowed continued freedom of movement across the bloc, despite emergency coronavirus measures.

The list is, however, only advisory with member states deciding individually.

Germany has said that it would let in urgently needed foreign seasonal workers to enter the country and help with fruit and vegetable harvests and Austria already flew in this week more than 200 care workers from Bulgaria and Romania for its strained social care sector.

Thousands of Bulgarians traditionally make a living by working abroad as seasonal workers but many have refrained from travelling or returned amid the spread of the novel coronavirus.

Bulgaria remains among the less affected countries so far, with 503 infected, 17 deaths and 34 recoveries.

"In two-three weeks maybe we'll be in hell already and I see no point now to talk about seasonal workers. We haven't reached the worst yet," Borisov snapped on Saturday.